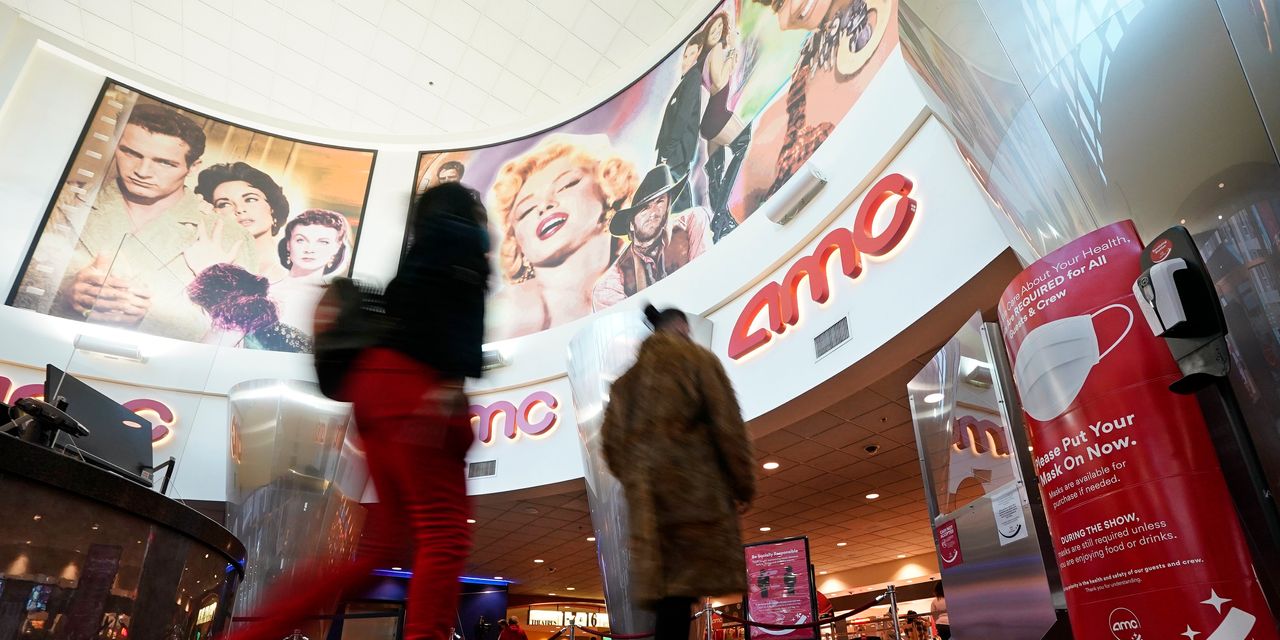 Shares of AMC Entertainment Holdings Inc. AMC -1.51% finished Friday with their best weekly gain in four months, surging 116% for the week, in a rally that has once again astounded analysts, enriched individual investors and punished Wall Street traders betting against the company.

The movie-theater chain, whose stock closed last year just above $2, finished Friday at $26.12, giving the shares a year-to-date gain of more than 1,100% and the company a market capitalization of nearly $11.8 billion. The rally marks an astounding turnaround for a company that last year was reeling from the coronavirus pandemic and trying to stave off bankruptcy.

Once again fueling this week’s rise: enthusiastic individual investors who have banded together on Reddit’s WallStreetBets forum, in Discord chat rooms and in text chains with friends. Throughout the week, hashtags including #AMCSTRONG and #AMCSqueeze splashed across Twitter, with many predicting more gains ahead.

The chatter helped drive $209 million of net inflows into the stock from individual investors between Monday and Thursday, according to Vanda Research’s VandaTrack, more than 15 times the amount seen during the same period of April’s final week.

AMC’s shares actually closed Friday down 1.5% after surging as high as 38% earlier in the day. But the loss wasn’t enough to deter individual investors. Across social media, individual traders on Friday afternoon encouraged others to hold their positions.

Alisha Higgs, a 33-year-old individual investor from Louisville, Ky., is one such trader who doesn’t plan on selling anytime soon after notching a roughly $13,500 return on AMC shares this year. She had never day-traded before January, she said, but became interested when she saw another individual investor touting AMC on Instagram.

For months since January, she said, she started amassing a position in the company—currently 850 shares in her Robinhood Markets Inc. account—believing that the stock could easily blow past $50, then $100. She held steady amid dips and climbs in the share price in recent months, she said, increasing her position. Her patience has been rewarded this week.

“It’s time for the retail investor and average person to take some power and make some money,” said Ms. Higgs, who works a corporate job and invests in real estate on the side.

As for her plans when she eventually takes profits? “I don’t care about cars, watches, none of that,” she said. “I want to get out of the rat race.”

For months, individual investors such as Ms. Higgs have closely monitored short seller activity in stocks like AMC, hoping to once again vanquish Wall Street investors who looked skeptically upon so-called meme stocks. Short sellers are investors who bet against a company by borrowing shares and selling them, hoping they can buy them back later at a lower price.

Yet short sellers can be burned by such wagers, especially when a stock begins rising, forcing them to buy back shares to limit their losses. That, in turn, can drive further share-price gains—creating what’s called a short squeeze.

Short sellers faced massive losses in January on stocks like AMC and GameStop Corp. when shares rallied during the height of the meme stock frenzy.

Many are seeing glimpses of that again: Investors who took short positions in AMC saw $1.2 billion in realized and unrealized losses between Monday and the close of trading Friday, according to data from S3 Partners. Short interest in AMC stands at about 20% of the stock’s free float.

The frenetic rally in AMC shares this week has also coincided with a burst of options trading tied to the stock, with activity surpassing levels recorded during the initial meme stock mania in January. More than 3.2 million options contracts changed hands on Thursday, a record, according to data provider Trade Alert. Some of the most actively-traded options have been bullish call contracts tied to the stock jumping even higher, to $40 or $59.

Options give investors the right to buy or sell shares later in time, at specific prices. Calls confer the right to buy, while puts give the right to sell shares. Options trading in certain meme stocks took center stage earlier this year, with some traders saying that the activity was exacerbating moves in the underlying shares themselves.

This week’s rally in AMC hasn’t been limited to solely the equity markets. AMC bonds also have been rallying. Its 12% subordinated bonds due in 2026 traded Friday at 98.75 cents on the dollar, according to MarketAxess, up from 97.75 cents Thursday. The bonds traded as low as 5.125 cents in November.

—Gunjan Banerji
and Sam Goldfarb
contributed to this article.

Write to Caitlin McCabe at caitlin.mccabe@wsj.com

The Eerie Familiarity of a Melbourne Lockdown

Inside Eurovision Song Contest: How The World’s Largest Live Music Event is Produced During...