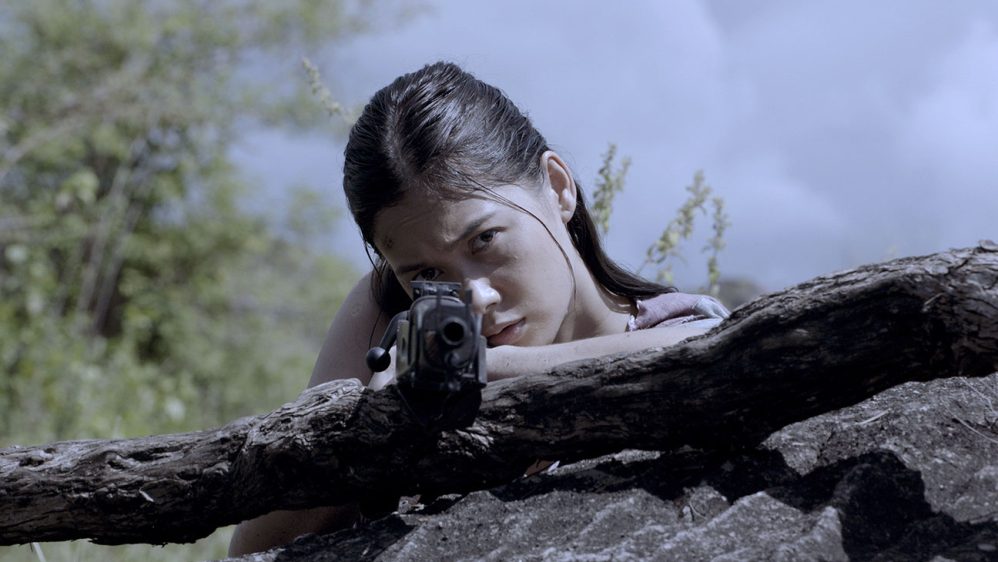 It’s not wholly clear how much Filipino filmmaker Mikhail Red wants his latest thriller, “Arisaka,” to be more than a faithful retread of the kind of lean B-movie that used to star Sylvester Stallone and, more latterly, reinvigorated Liam Neeson’s career. And it’s also not clear why he would nurse such aspirations: It’s the very competence of the action sequences (some dodgy CG arterial blood spray aside) and the strict adherence to the gritty actioner playbook that leave a faintly sour taste when the film attempts even the mildest commentary on real-world issues.

The main twist on formula that “Arisaka” offers is its star: not a grizzled older white man with a particular set of skills but multi-hyphenate Philippine sensation Maja Salvador. Her presence, plus Red’s rising profile following 2019’s “Dead Kids,” the first Philippine Netflix film, should guarantee a degree of local success for the project. But its relative blandness makes it a harder sell anywhere its survival-meets-vengeance hero’s journey feels like a well-trodden path. Which is to say, almost everywhere.

Mariano (Salvador) is part of the police unit that has been dispatched to ensure the safe passage of local politician Rosales (Archi Adamos) so he can give testimony against a cabal of high-level gangsters. But as the convoy drives along a deserted country road that is on the route of the infamous Bataan Death March, it comes under attack. Rosales is murdered, along with everyone else bar Mariano. She survives by playing dead beneath the bodies of her comrades: exactly the manner that one character had, two minutes earlier, described his grandfather’s escape from Japanese custody in WWII, because this is the type of hasty foreshadowing Anton Santamaria’s by-the-numbers screenplay deals in.

The fact that it is another detachment of corrupt police officers who carry out the bloody hit, and that they previously tried to recruit Mariano, cues up a series of leaden flashbacks that incrementally reveal her not-terribly-surprising backstory. Things get briefly more interesting once sneeringly ruthless gang boss Sonny (Mon Confiado) arrives on the scene and Mariano takes to the dense jungle to evade him and his goons. There, accumulating non-fatal bullet wounds like some people collect stamps, she is found bruised and bleeding by Nawi (Shella Mae Romualdo), an Indigenous girl, who brings her back to her family to patch her up.

This rustic interlude with Nawi’s family is both the film’s best stab at plugging some social and historical context into the weightless plot and its most problematic section. Apparently unaware that their function in a story like this is to imbue in the hero a newfound respect for the simple nobility of the Indigenous lifestyle, and then to meet an ugly fate so there’s even more to avenge, the family goes through the motions of this narrative with the same metronome predictability as Myka Magsaysay-Sigua and Paul Sigua’s anonymous score. “What you have gone through in a day, we as a people have suffered for many years,” the wise, dignified father tells Mariano as she heals, but a portrayal this glib yields no real sense of the struggles specific to this marginalized community.

Nor, indeed, does Salvador’s casting bring much to the action-template table. As refreshing as it might be to have her sex not be a major issue, it’s a little hard to believe that her exclusively male posse of pursuers — sadists, psychos and desperadoes to a man — make not one reference to the person they’re chasing down being an extremely beautiful young woman. Whatever progressive laurels may be earned by having a female finger on the trigger of the titular rifle are a little tarnished by the sense that the script might well be the result of a find-and-replace process substituting “she” for “he” on a repurposed Christopher Lambert or Dolph Lundgren vehicle.

Mycko David’s camerawork is, however, a virtue throughout, making the most of the striking verdant surroundings and of Salvador’s face, which is pleasant to look at without ever doing anything very memorable. And Red further proves, on the foot of his previous genre outings, that he knows how to shape a tense sequence and is defiantly un-squeamish about gore. If “Arisaka” has an effects hallmark, it’s probably the fractional delay between the sound of a gunshot crack and a bullet’s grisly impact on a far-off head. If you think about it for two minutes, the headshot-heavy climax is in direct contradiction to Mariano’s philosophy by which “Every living being in the world has value, and no one can claim to be the scale that measures it.” But not to worry: It’s unlikely you’ll be thinking about this perfectly functional, entirely forgettable film for as long as that.

Priti Patel admits she felt ‘unease’ as ethnic minority woman when she took over...