Belarus KGB believed to be on plane forced to land in Minsk, says Ryanair CEO

Ryanair’s CEO has said he believes that agents of the Belarusian KGB were travelling on the plane that was diverted to Minsk on Sunday, as EU leaders prepared to meet to discuss what action to take against Belarus.

Belarusian police arrested opposition blogger Roman Protasevich and his girlfriend, Sofia Sapega, after forcing their Ryanair flight to land in the Belarusian capital, sparking outrage from European leaders, who have called the plane’s grounding a hijacking and act of “air piracy”.

In an interview on Newstalk Breakfast, Ryanair CEO, Michael O’Leary, said that “it appears the intent of the authorities was to remove a journalist and his travelling companion … we believe there were some KGB agents offloaded at the airport as well”.

O’Leary’s remarks were the first official confirmation of reports that four other passengers had disembarked in Minsk after the emergency landing, driving speculation that Protasevich was being shadowed by the security services before the plane was forced to land. O’Leary said he believed it was the first time such an incident had taken place with a European airline.

On Monday, it was revealed that Sapega, a Russian citizen studying at the European Humanities University (EHU) in Lithuania, was forced off the flight along with Protasevich, whom Belarusian authorities have accused of fomenting the mass protests last year against the president, Alexander Lukashenko.

They were flying from Athens to Vilnius, the capital of Lithuania, when the plane was diverted to Minsk. Protasevich, a former editor of the influential Telegram channels Nexta and Nexta Live, was detained by police in Minsk after Lukashenko ordered his military to scramble a Mig-29 fighter to meet the plane.

Passengers on board said that Protasevich began handing his phone and other personal items to Sapega when he learned that the flight would be making an emergency landing.

Neither Minsk nor Moscow have publicly confirmed Sapega’s arrest and it is not clear if she has been charged with a crime. EHU has demanded the release of Sapega, saying that she was detained by the Minsk Investigative Committee on “groundless and made-up conditions”. She was preparing to defend her master’s thesis in Vilnius, the university said.

According to colleagues, Protasevich had sent them messages claiming he was being followed by a man in the departure lounge in Athens he suspected was a Belarusian KGB agent. The man was said to have been behind him in the queue to board. He was said to have tried to take a photo of his documents before asking Protasevich a “stupid question” in Russian and leaving.

European leaders will meet on Monday evening to discuss what action could be taken against Belarus.

Latvia and Lithuania said the airspace over Belarus should be considered unsafe, with Latvia’s foreign minister, Edgars Rinkēvičs, saying it should be closed to all international flights. Lithuanian police said it had launched a pre-trial investigation into “forced disappearance”.

In a statement on Monday morning on behalf of the EU, Josep Borrell, the bloc’s high representative for foreign affairs, called for an international investigation into the incident and warned that those involved faced sanctions. “The EU will consider the consequences of this action, including taking measures against those responsible,” he said.

Further measures that will be assessed by leaders include banning Belavia, the Belarusian national airline, from landing in EU airports, suspending flights of EU airlines going through Belarusian airspace and suspending all Belarusian flights over EU territory.

“We are working on a package of measures that go beyond sanctions against individuals” and may also suspend ground transit links with the EU, preventing the refuelling of flights carrying cargo, a spokesman for the French president, Emmanuel Macron, said.

A spokeswoman for the European Union Aviation Safety Agency said that two flights – to Ukraine and Georgia – had already been re-routed to avoid Belarusian airspace.

She added that the Cologne-based agency was “monitoring the situation from a safety perspective” and had contacted the national aviation authorities of the EU member states on Sunday “to raise awareness of the situation”.

Dominic Raab, the UK foreign secretary, said: “We are coordinating with our allies. This outlandish action by Lukashenko will have serious implications.”

On Sunday evening, the US secretary of state, Antony Blinken, said the US was demanding Protasevich’s immediate release.

“This shocking act perpetrated by the Lukashenka regime endangered the lives of more than 120 passengers, including US citizens,” a statement said. “Initial reports suggesting the involvement of the Belarusian security services and the use of Belarusian military aircraft to escort the plane are deeply concerning and require full investigation.”

Last year Nexta broadcast footage of mass protests against Lukashenko via the Telegram messenger app at a time when it was hard for foreign media to do so. Protasevich is accused by the Belarusian authorities of organising mass riots and of inciting social hatred, allegations he denies.

“I’m facing the death penalty here,” a trembling Protasevich reportedly told a fellow passenger from the plane before he was led away by Belarusian police. The mass unrest charges against him carry a sentence of up to 15 years. His current whereabouts is not known.

Who is Alexander Lukashenko? 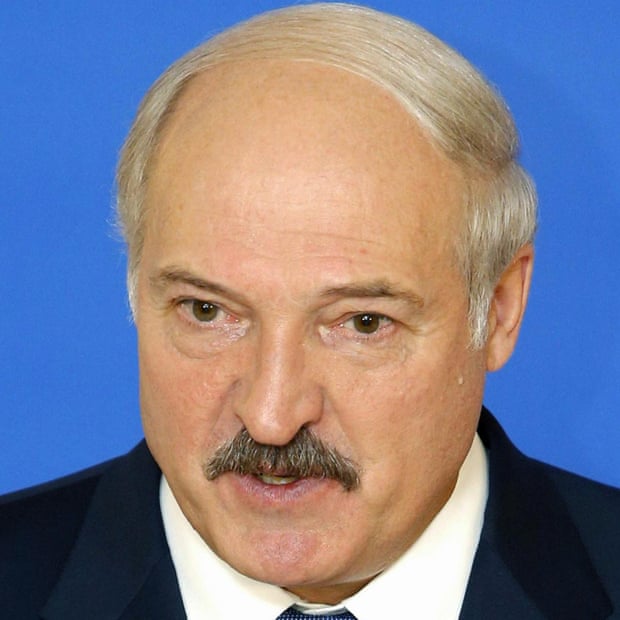 Born in August 1954 in Kopys, Belarus, Alexander Lukashenko has served as president of Belarus since the establishment of the office in July 1994. On his initial election, Lukashenko set about establishing an effective dictatorship, sustained by shamelessly rigged elections.

Over the years, Lukashenko has offered his people a sort of Soviet-lite system that prizes tractor production and grain harvests over innovation and political freedoms, and the key part of his political offer has always been political and economic stability.

Lukashenko tried to push this line again into the run-up to 2020’s disputed presidential vote, painting Belarus as an island of stability in a world buffeted by economic crises, political unrest and coronavirus. But the scale of discontent has shown that for many Belarusians, this messaging will no longer work.

The 2020 elections have been described as the deepest crisis he has faced in his career, and in order to secure his supposedly crushing victory, Lukashenko required what appears to be some of the most brazen vote-rigging in recent European history. He appears to have subsequently forced his main opponent, Svetlana Tikhanovskaya, into exile.

After the election, in a congratulatory message, Vladimir Putin urged Lukashenko to consider further economic and legal integration with Russia, which the opposition has warned would undermine Belarus’s sovereignty.

Simon Coveney, the foreign minister of Ireland, where Ryanair is based, welcomed Von der Leyen’s comments, adding: “EU inaction or indecision will be taken as weakness by Belarus.”

Data from the flightradar24.com website showed the plane was diverted just two minutes before it was due to cross into Lithuanian airspace. After seven hours on the ground, the plane took off and finally landed in Vilnius where Lithuanian prime minister, Ingrida Šimonytė, was waiting to meet the passengers. “This is a completely unprecedented situation you have had to face,” she told the passengers.

The EU has already imposed sanctions on nearly 60 Belarusian officials, including Lukashenko and his son Victor, over accusations of elections fraud and then a heavy-handed crackdown on protesters that included widespread reports of brutal torture in Belarusian jails. Minsk has increasingly turned to Moscow for support, isolating it from the west but also limiting the effect of possible sanctions from Brussels or Washington.

Hollywood's Summer Blockbuster Season Comes With a Side of Studio Angst

Emerging jewellery designers to get to know