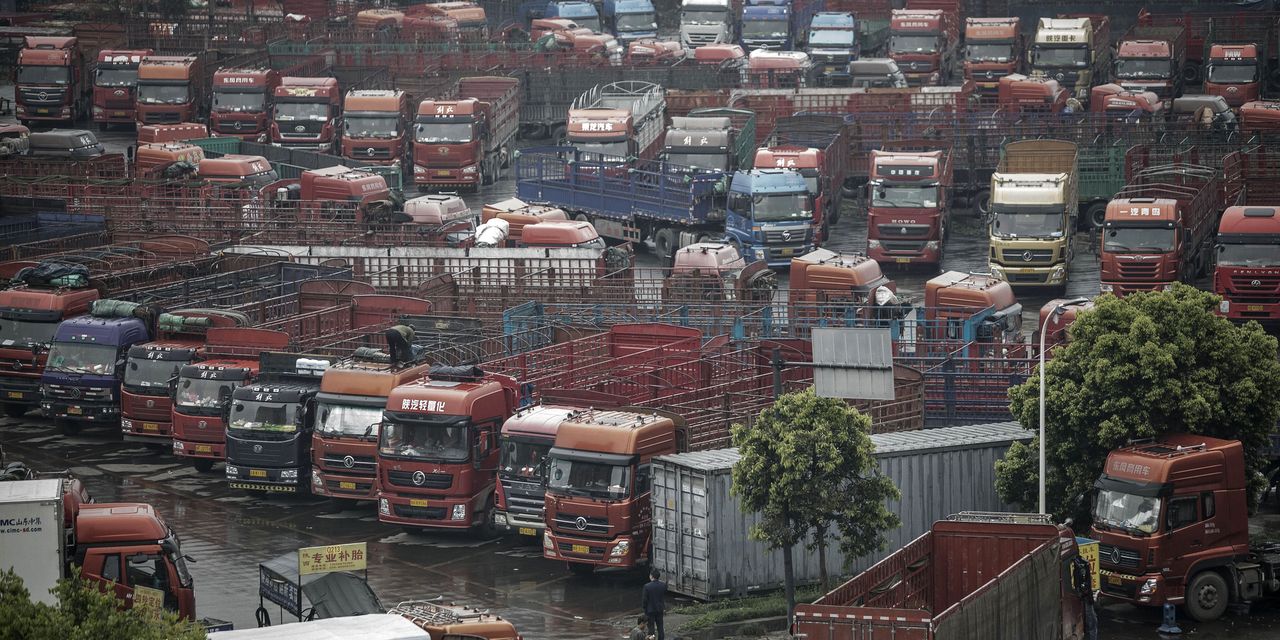 Full Truck Alliance Co., a Chinese startup that provides an Uber-like service for the trucking industry, has filed for a billion-dollar-plus initial public offering in the U.S.

The company, which counts Japan’s SoftBank Group Corp.’s Vision Fund and Alphabet Inc. among its many high-profile backers, is seeking to raise at least $1 billion at a valuation of between $20 billion and $30 billion, according to people familiar with the situation. It could raise up to $2 billion, some of these people said.

Full Truck Alliance, also known as Manbang Group, runs a mobile app that connects truck drivers to businesses that need to transport goods within China. It was the world’s largest digital-freight platform by gross transaction value last year, according to research from China Insights Consultancy that was commissioned by the company.

On Thursday, the company posted a preliminary listing document on the website of the U.S. Securities and Exchange Commission. It didn’t disclose any fundraising details or timetable for the New York Stock Exchange listing, and used a placeholder $100 million sum to calculate its registration fee.

The startup has attracted a bevy of global investors and was valued at $11.7 billion as of November. Besides SoftBank and Alphabet, it also counts Sequoia Capital China, Tencent Holdings Ltd. , Hillhouse Capital Group and GGV Capital among its backers, the filing showed.

Full Truck Alliance is pursuing a listing despite a crackdown by Chinese regulators on the country’s technology sector. The campaign, which has swept up internet giants such as Alibaba Group Holding Ltd. and Meituan, has focused on issues such as competition and data usage.

Earlier this month, the company and nine other transport technology groups, including ride-hailing companies, were summoned for meetings with officials from eight Chinese ministries and agencies.

In its prospectus, the company said it had been asked to share details with regulators on issues such as user protection, pricing and competition. It said it couldn’t guarantee that it wouldn’t in future face “substantial penalties” or be ordered to adjust its business in ways that could damage its growth or financial results.

Full Truck Alliance cautioned that the 2017 merger that created the firm, between two predecessors known as Yunmanman and Huochebang, could also face scrutiny, although the two groups didn’t believe at the time that they needed to obtain merger approval.

Fired After Calling 911 On A Black Bird-Watcher, Amy Cooper Sues For Discrimination

Based in Guiyang, in the southwestern province of Guizhou, Full Truck Alliance operates in more than 300 Chinese cities. It recorded a net loss of $531.9 million last year, on revenue of $395.5 million, and facilitated orders worth $26.6 billion. Last year’s results included $534.3 million of charges for share-based compensation.

Full Truck Alliance collects membership fees from truck drivers and commissions on the transactions it facilitates. It also offers drivers other services such as financing and insurance, as well as selling them fuel cards and secondhand trucks.

The company plans to list under the ticker YMM. The deal’s underwriters include units of Morgan Stanley, China International Capital Corp. and Goldman Sachs Group Inc.

—Julie Steinberg in London contributed to this article.

Write to Joanne Chiu at joanne.chiu@wsj.com and Liza Lin at Liza.Lin@wsj.com