Czech Documentary Maker Reveals an Orphanage System Out of Control 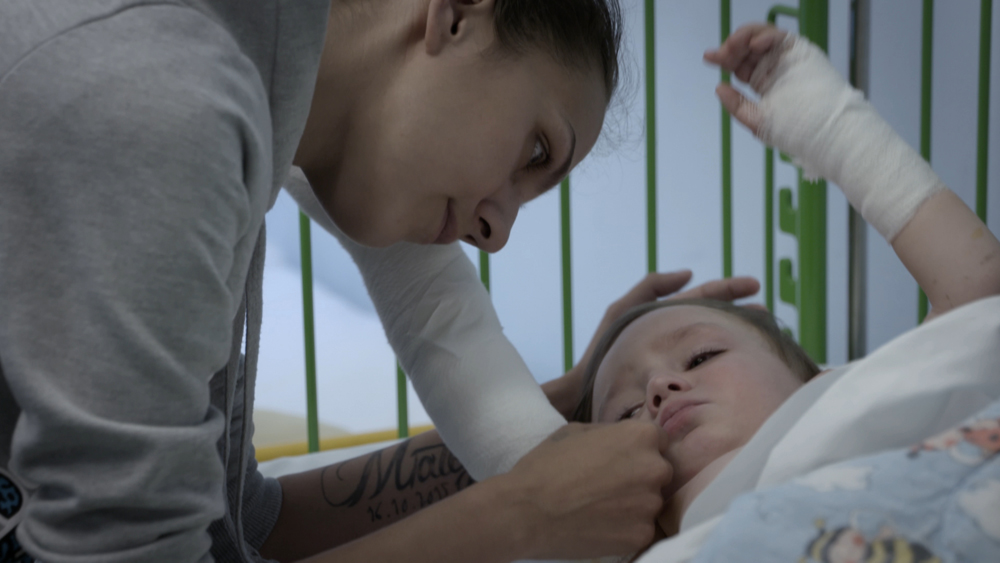 When doc director Linda Kallistova Jablonska began exploring the state orphanage system in the Czech Republic, she confesses she didn’t expect to find ordinary girls living in institutions for years – children who would likely not have been separated from their families in any other EU nation. Filming her subjects for eight years, the filmmaker spent a decade on “Leaving Beginnings Behind,” screening in the Czech Joy section of the Ji.hlava International Documentary Film Festival.

The project grew out of what began as a short film in 2011 for Czech TV as Jablonska moved onto following her three subjects who age out of the system at 18 as they struggle to find their way in the real world – but discover they are seriously under-equipped to handle it.

How did you first find yourself immersed in this story of dangerously overzealous institutions?

I was just driving around this place and was wondering what was inside. In Czech if you say pastak, the word for this kind of institution where troubled kids end up, it has really bad connotations. Like where really troubled kids who stole something or killed someone end up. But what I found was completely different. These girls were basically there because they ran away from some other institutions. They were just Roma so they put them there. There were some serious cases, of course, but most of the kids were completely okay, just from another type of institution.

How did you manage to get access to filming inside these orphanages and, later, halfway houses?

There was a really nice director of this place and he suggested I shoot these girls you see in the film. And I found them interesting because they talk and have a very specific sense of humor. Then as life went on I was curious what was going to happen to them. After five years I shot a film about small children in institutions called “In the Child’s Best Interests,” about newborn kids who end up in institutions. Then I found there’s a connection between these two things. If a baby ends up in an institution, it’s very likely this child will end up in some kind of institution afterwards – even if it’s adopted. So the experience up to age 3 has a big influence over grownup life.

What effects from living in these places could you see on the girls you filmed?

The institutions are very bad for young kids. In the case of Kristyna, who spent the first year of her life there, she’s a very good example of how it affects adult life. It’s very hard for her to be a part of society – to have a proper job and a proper family and to trust in herself as a mother.

The Czech Republic recently passed a law that will end placing the youngest children in these institutions. Were you driven by what you saw to push for these changes?

We founded an organization called Good Start – myself and three other women – and we made a big effort to get politicians to pass this law. I’m very happy that it actually went through. So this subject has been influencing my life for years.

There were a lot of other people but I’d say our organization does have an influence.

What will the law do to make it harder for the state to take infants and toddlers away from their families?

The new law says no baby under 3 years old can end up in institutional care after the year 2025. The institutions for little children would basically come to an end. They won’t really end but will have to transform themselves so you can imagine these big houses full of small children could be, say, for young mothers who have been abandoned by everyone and they could stay there with their babies for some time. A resource to help kids stay in their biological family when they can’t deal with things.

How extensive is this problem in the Czech Republic comparatively?

There were sometimes a hundred small children in a place with five women attending them or one nurse with five kids. So this would all end. There has to be a lot more support for the biological families because currently in the Czech Republic there are an enormous number of kids who are taken away – even in cases where their families would be able to cope if they had some help.

And of course more people need to become involved in foster care, both long-term and short-term. We are one of the last countries in the EU that has this kind of kojenecky ustav, orphanages for kids under 3. They don’t exist in Bulgaria, Slovakia…and in Slovakia there’s a law that children under 6 can’t be in institutions. There are about 150-200 children in them here now.

How did you approach filming in such a restricted environment?

At the beginning I shot it myself because I didn’t have money or a crew and also I could be closer to the girls. Then as time went by and I had more support from Czech TV and the producer we had a crew. By that time the girls were more and more okay with a crew around. There were several DPs on it over the 10 years.

You clearly encountered a lot of heartbreaking days while filming. Which was the toughest?

The most difficult day was after Kristyna’s son had fallen into a fire. It was quite tough to go there to the hospital and to be with her. For the film, the most difficult moment was when Denisa, one of the girls, decided she didn’t want to let us film her any more. We didn’t know what to do but we ended up back with Kristyna and she told me she was going to be part of this TV show and I thought, ‘Well, that’s a great start.’ So we shot that and we found that Kristyna is quite an interesting character as well.

What is it about her that helps convey the effects of the orphanage crisis?

She was interesting because she brought a new baby into the film and somehow when I was watching the film I realized when the girls are just being themselves we don’t feel so sorry for them. It’s just their life. They’re not gong to die of hunger or anything like that. But when you see the small baby in the pushchair you realize there’s another life. It’s a completely new perspective when the baby’s around.

These moments in the film are some of the most suspenseful as you wonder whether these babies are going to be any better off than their mothers.

It’s a big question, the cycle – it’s very likely the children of an orphanage will have children that end up in an orphanage. This cycle has to be broken.

Philips Lumea Prestige IPL is now at its lowest price EVER in Amazon’s Black...