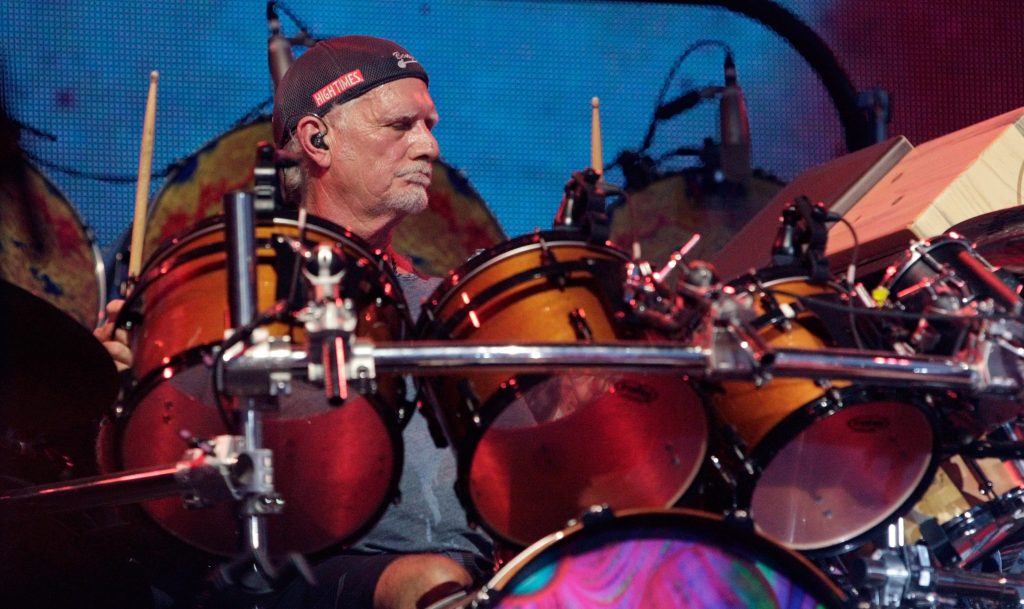 Bill Kreutzmann, the drummer for Dead and Company, worried fans when he departed the stage early during the group’s show Saturday night at the Hollywood Bowl. Sunday afternoon, he announced on social media that he would be taking the final evening of the band’s three-night stand at the Bowl off, but Kreutzmann assured followers that he is resting and will be back “full steam ahead” soon.

“It’s Halloween, did I spook you?” Kreutzmann joked in the tweet. “I’m okay & was sad to miss the end last night,” he said, getting more serious. “Wasn’t feeling well & the show must go on. I returned to the road a little too soon & I need more rest, so I’ll be back full steam ahead to jam with you in Mexico. I can’t wait.” He signed off with the message “Love is real.”

Friday’s opening night gig at the Bowl proceeded without incident, but during Saturday’s typically epic show, Dead and Company was four lengthy songs into the second set when Kreutzmann suddenly took his leave, right before he was to play the number that showcases him, “Drums.” Fellow drummer Jay Lane took over for him from that point on.

While the departure of a drummer mid-show would be a disaster for other bands, Dead and Company have the luxury of having three drummers on tour. And Lane had jumped in to take Kreutzmann’s place just recently when he took a leave of absence for four shows at Red Rocks in Colorado to deal with an undisclosed non-COVID-related illness, per reports. Upon his return just five days ago, on Oct. 26, Kreutzmann tweeted, “This was the first time in my entire career that I ever had to call in sick, but sometimes you just have to give yourself a time out. I’m pleased to report that the doctors have cleared me to return to the road and continue doing what I love the most – playing music for all of you – for a long time to come.”

Sunday’s sold-out Bowl show is the last one the band had on the books for 2021, wrapping up a fall tour. The only dates on their calendar currently for 2022 are the Mexico shows Kreutzmann referred to — a long run of eight shows (all of them also sold out) over 10 days at Dos Riviera Cancún, Quintana Roo Jan. 7-10 and 13-16.

Kreutzmann, 75, played with the Grateful Dead through its entire career, and has subsequently been a part of the spinoff groups carrying the legacy forward, the Dead and, since 2015, the John Mayer-fronted Dead and Company.

In the Face of Regulation Threats, YouTube Is Still Making Money Hand Over Fist

In a largely symbolic move, the Senate votes to block Biden’s vaccine-or-test mandate

Yoshida Keisuke, Japan’s Newest Directing Star, on ‘Intolerance’ and His Years in the Wilderness

The Rise of the Three Percenter