Emergent Has Made Over 100 Million Doses of J&J Vaccine 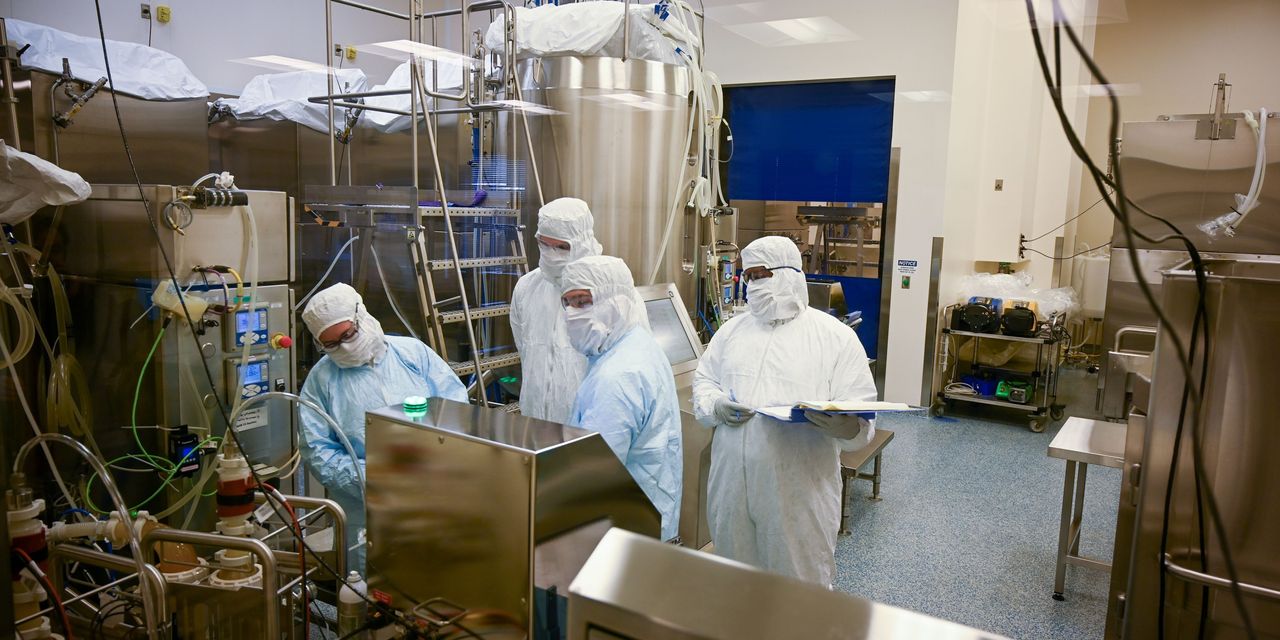 Emergent BioSolutions Inc. EBS -2.64% has made enough of a key ingredient to yield more than 100 million doses of Johnson & Johnson’s JNJ -0.22% Covid-19 vaccine, and federal health regulators are evaluating whether to release the shots, Emergent’s chief executive said.

Emergent CEO Robert Kramer apologized during a congressional hearing Wednesday for the problems at the company’s Baltimore plant that resulted in the contamination earlier this year of a batch of the vaccine.

Mr. Kramer said the company, which makes vaccines and drugs under contract, has been taking corrective steps to fix the manufacturing problems at the plant.

Emergent has blamed some of the problems on having to produce two Covid-19 vaccines at large scale, which the company said strained the capacity of its equipment. The plant also was making AstraZeneca AZN 0.63% PLC’s Covid-19 vaccine.

Emergent described some of the problems and its plan to fix them in a letter to the U.S. Food and Drug Administration, responding to the agency’s finding of various deficiencies during an April inspection.

A subcommittee of the U.S. House Committee on Oversight and Reform released the April 30 letter ahead of its hearing about Emergent.

Emergent was producing a bulk key vaccine ingredient for Johnson & Johnson’s Covid-19 vaccine, but a mishap led to the contamination of material that could have yielded up to 15 million doses during January and February.

The contamination came from viral material similar to what was used in the production of the AstraZeneca vaccine at the same plant, according to a memo from the Democratic staff of the House committee to members.

The incident ruined the batch of J&J’s vaccine ingredient and led to a halt in production of the J&J vaccine, as well as a decision to relocate production of AstraZeneca’s vaccine elsewhere. In addition, J&J took over manufacturing at the Emergent plant.

At the hearing, Mr. Kramer said the company agreed last year with the federal government to manufacture both J&J’s and AstraZeneca’s vaccines, though the plant hadn’t previously produced vaccines at full capacity.

“Ramping up production of two novel vaccines on a very large scale in the same facility is unprecedented,” he said in remote online testimony.

The FDA’s inspection of the Emergent plant found it didn’t maintain clean, sanitary conditions and didn’t take proper steps to prevent contamination. The inspection found the building and equipment, including refrigerators, weren’t big enough to support large-scale manufacturing in a way that would ensure clean conditions.

The company said it has cleaned and organized them and will purchase additional refrigerators.

The company also said its plant “experienced a dramatic increase in storage and staging demands as the facility operated at full capacity for the first time.” The company said it has changed procedures to mitigate the risk of contamination.

At the hearing, Democratic members of the committee generally criticized Emergent for the contamination problem. Rep. James Clyburn (D., S.C.), who is chair of the House Select Committee on the Coronavirus Crisis, said the destruction of millions of J&J vaccine doses was “due to Emergent’s failure to properly maintain its facilities, adequately train its staff and ensure that proper protocols were followed.”

Several Republican members of the committee, however, defended Emergent. Rep. Mark Green (R., Tenn.) said Emergent had successfully delivered drugs and vaccines for other diseases including an overdose treatment. Addressing Mr. Kramer, he said “you are a reputable company that has done yeoman’s work to protect this nation in biodefense.”

Emergent, based in Gaithersburg, Md., said in a statement Wednesday that its role in responding to the Covid-19 pandemic is “unlike any we have confronted before.” The company said it is focused on releasing a vaccine ingredient that is currently under evaluation and on resuming vaccine production.

The House committee also released documents showing that Emergent has charged the federal government $27 million a month in reservation fees to be ready to manufacture vaccines.

The government has paid Emergent $271 million of these fees to date, but has partially stopped payment since learning of the contamination, the committee’s Democratic staff said in the memo to members.

Write to Peter Loftus at peter.loftus@wsj.com