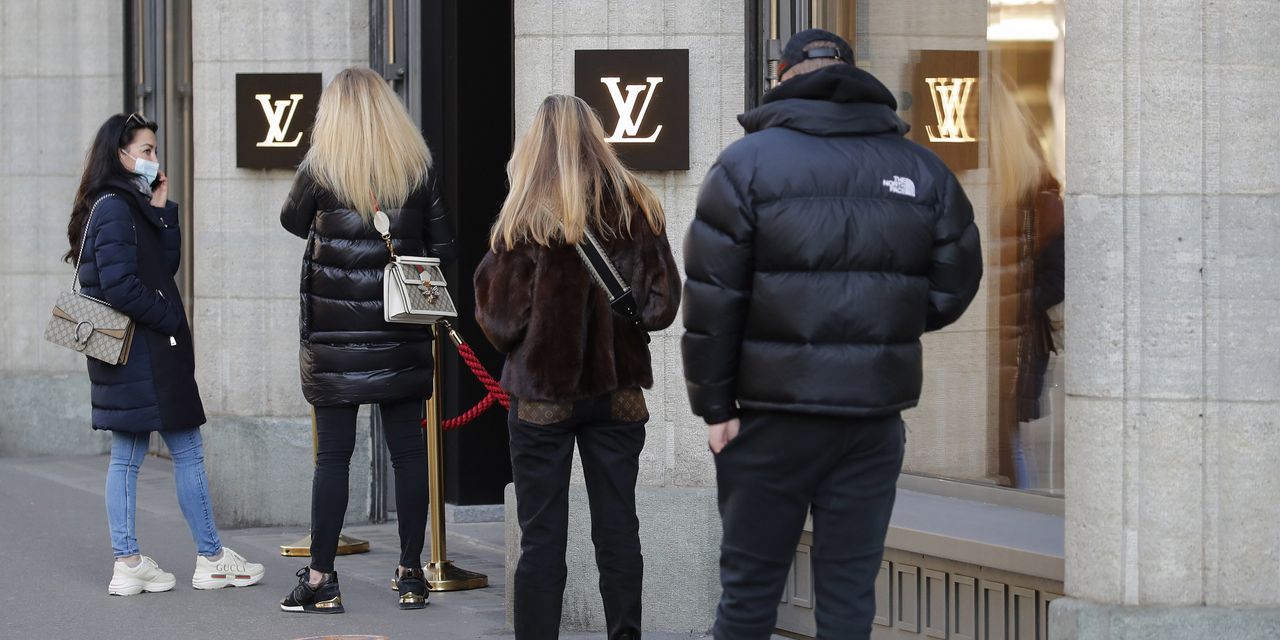 French retailer Carrefour SA CRRFY -0.92% recently began its first share buyback in a decade, spurred by strong cash flow and a belief that the economic recovery is under way. And it isn’t alone.

This year has seen a slew of companies in Europe putting forward share repurchase programs, including luxury house LVMH Moët Hennessy Louis Vuitton SE, LVMUY -1.63% personal care company L’Oréal SA LRLCY -0.31% and oil major Eni E -1.73% SpA. Around 56 firms have released plans to buy their own shares so far in 2021, the most for the comparable period in three years, according to an analysis by Société Générale SA .

The trend signals growing confidence among corporate leaders and marks a pivot in strategy in a region that has traditionally favored dividends. The pandemic may have accelerated the shift toward rewarding shareholders through buybacks, at least temporarily, according to analysts at the French bank.

As lockdowns and social distancing hit earnings, many companies cut or canceled dividend policies last year. For some industries, such as banking, regulators required it. European firms issued close to €1 trillion of debt last year, equivalent to $1.2 trillion, data from Dealogic showed, building up cash cushions to weather the storm. Now that the recovery appears to have some momentum, many are unwinding these emergency measures and preparing payouts to shareholders.

“In 2020, a lot of companies were forced to cut dividends, which is very painful,” said Roland Kaloyan, head of European equity strategy at Société Générale. “Buybacks, it’s a way to return cash to your shareholders, if you don’t want to commit too much and too soon to higher dividends in the coming quarters.”

Many European companies have reported a growth rebound, with the most positive earnings surprises in the first quarter since at least 2008, according to an analysis from Goldman Sachs Group. Firms upwardly revised their guidance for 2021 earnings per share by an average of 10.6% so far this year, the most since at least 2013, the bank said.

Some analysts were already expecting the region’s equity market to outperform U.S. stocks this year, because European stocks haven’t recovered as strongly yet and are largely beginning from lower valuations. A wave of buybacks could boost that effect, analysts said.

Investors are cautioning companies to take it easy and not rush into dividend policies, which are generally expected to be a long-term commitment.

“It’s prudent to do buybacks now rather than ramping up dividends because you have extra cash at the moment,” said Chi Chan, a European equities portfolio manager at Federated Hermes. “We don’t know how the world is going to shake out post-pandemic.”

Share buybacks are common in the U.S. and often seen as a driver of equity market performance. That is because earnings per share increase as a company reduces the number of shares outstanding. The S&P 500 rose 237% in the decade through to 2020, compared with a 57% rise for the Stoxx Europe 600.

“In the U.S. in recent years, equity supply has been shrinking. There have been more share buybacks; the corporate sector has been a big buyer,” said Sharon Bell, a managing director with a focus on European equity strategy at Goldman Sachs. “This can be a very important influence on market prices for sure.”

She added, “In Europe, given all these announcements, I would expect some equity market shrinkage this year.”

Buybacks are also surging in the U.S., with companies such as JPMorgan Chase & Co., Apple Inc., Netflix Inc. and Lockheed Martin Corp. announcing share repurchase plans in their first-quarter results. Goldman Sachs is forecasting a 35% rise in buybacks this year by S&P 500 companies and another 5% in 2022.

Société Générale is projecting European companies will spend around €150 billion on share repurchases next year. That would be a 25% increase from the average annual spend in the five years before the pandemic. The buyback yield, a gauge of payouts to shareholders, is expected to rise to the highest level in over a decade. The following year the bank expects to see €190 billion spent, propelling the yield to its highest since 2008.

A substantial rise in share repurchases could attract more foreign investors to Europe, Mr. Kaloyan said. Net capital flows into funds that invest in European equities rose to $112.2 billion in March, the first inflow after six consecutive months of outflows, according to data from Morningstar.

“There is definitely a signaling effect you get from buybacks, because you know that there’s going to be an active buyer of the stock,” Mr. Mazumder said.

To be sure, this shift to buybacks may not be a long-term change for European companies, due to the prevalence of income-focused investors in the region such as insurers and pension funds. Persistently low bond yields also mean that demand for steady dividend payouts remains high.

Europe is likely to see more buybacks over the next few years, “but I don’t think this means that companies will suddenly renege on dividends,” said Goldman’s Ms. Bell. “This will be in addition.”

Write to Anna Hirtenstein at anna.hirtenstein@wsj.com