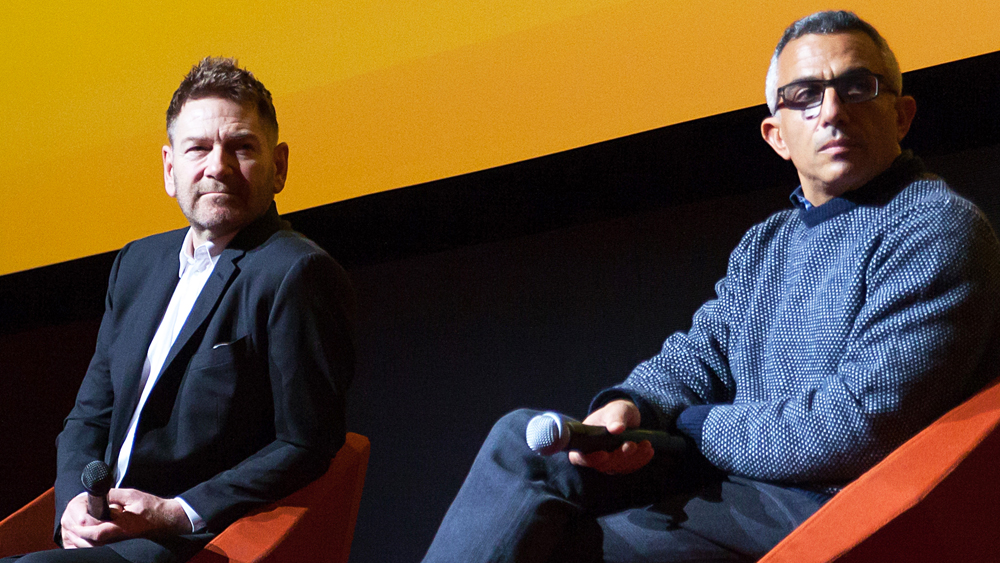 Cinematographer Haris Zambarloukos has taken on ambitious visions for his longtime director comrade Kenneth Branagh, from the opulent pre-war world of Agatha Christie’s “Death on the Nile” and “Murder on the Orient Express” to the excesses of “Sleuth.”

But for the duo’s new film “Belfast,” based on Branagh’s childhood home and his family’s encounters with “the Troubles” of sectarian conflict there, they took a different approach, Zambarloukos says.

“In this case it really was a more personal experience,” the DP told an audience at the EnergaCamerimage Film Festival of cinematography in Torun, Poland, which he and Branagh attended in person.

Indeed, some of the most compelling images in “Belfast” were improvised, said Branagh, citing an almost magical vision of the hospital bed of Buddy’s dying grandfather, framed by a reflection of two nurses, suggesting a vision through a veil.

“Writing it from a distance of 50 years and determined to see it all from the perspective of a 9-year-old boy, I knew it wouldn’t be objective truth,” says Branagh. “It didn’t need to be a documentary.”

Instead, Buddy, the “Belfast” protagonist, sees his world “through movies, through football, through religion.” Whether a fire-and-brimstone sermon, a “Star Trek” episode or the shootout climax of “High Noon,” Buddy’s world is one where heroes often step in to save the day.

Zambarloukos films him drawing a fork in the road, trying to work out the path of righteousness, and dragging his skeptical grannie along with the family to see “Chitty Chitty Bang Bang,” a world so wondrous it appears in color.

Zambarloukos argues that filming in black-and-white can be a powerful way to focus the audience on emotion rather than the physical environment of the world on screen.

“It was not so much the esthetic but the emotional aspect of black and white that we were interested in for this film. With black and white you get a more lucid, intense emotion from the performances.”

Branagh added that his childhood memories of gray Northern Ireland do seem monochrome mostly. “For me, color came from what was in my imagination,” he said.

“Belfast” opens with an event in Buddy’s life that turns it upside down. One moment he’s playing out swashbuckler fantasies with his mates in the street in front of his family’s rented row house and the next he’s staring at a violent mob out to terrorize his Catholic neighbors.

Branagh and Zambarloukos took on a challenging shot to convey Buddy’s confusion, the camera circling him, showing both peaceful community and the growing threat of fire bombs and flying bricks before him.

A technically demanding shot that would normally require careful prep, lighting and a large crew, Zambarloukos was able to get it in three takes – the first of which made it into the film.

A less experienced director would have found the shot challenging even with a full crew, says Zambarloukos. “That’s the genius of Kenneth.”

In their desire to film again so soon after the end of COVID lockdown, says Zambarloukos, the team decided to work with minimal crews and eliminate all but the essential shooting gear – available light whenever possible – and real locations mainly in Surrey, England, rather than Northern Ireland with Zambarloukos filming himself, instead of overseeing camera operators.

Rather than scene coverage with three cameras, Zambarloukos’ shots needed to carry the family dynamics and tensions in just one longer take with perhaps a single reverse shot.

“This was such a personal story,” said Zambarloukos. “He was sharing something with us.”

The Mighty Marantz 2500: A Commanding Presence