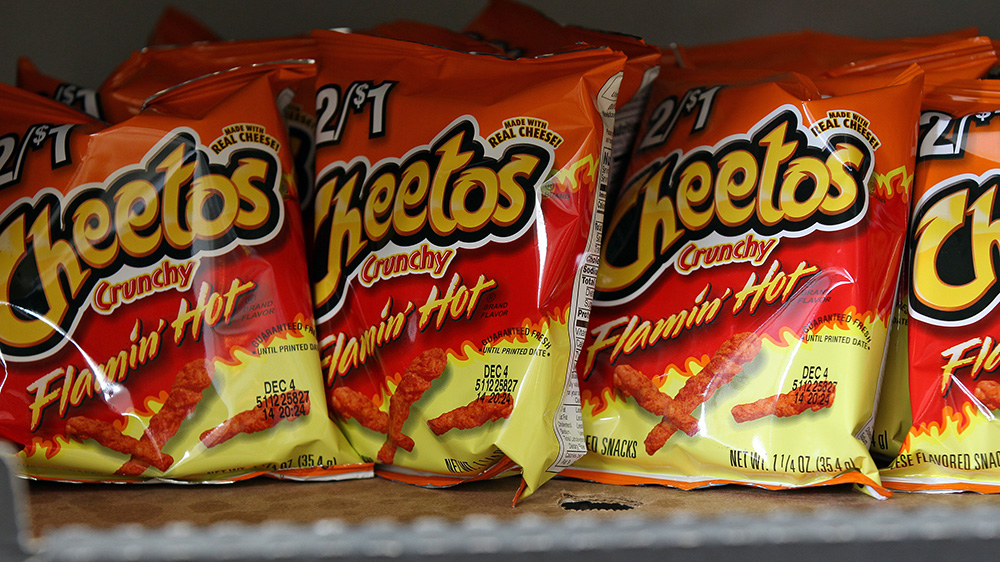 The screenwriter of an upcoming film about Flamin’ Hot Cheetos defended the project on Tuesday, after a Los Angeles Times report challenged the central character’s claim to have invented the snack product.

Lewis Colick argued that Richard Montañez, the hero of “Flamin’ Hot,” still has an inspiring story to tell of rising through the corporate ranks at Frito-Lay.

Montañez has been claiming credit for Flamin’ Hot Cheetos for years, in books, interviews and motivational speeches. Director Eva Longoria is set to begin production this summer on “Flamin’ Hot,” based on his life story.

But the Times report on Sunday challenged key elements of his story, and concluded that he did not invent the product. The story indicated that he worked on marketing of other Frito-Lay products. The story attributed Flamin’ Hot Cheetos to an entirely separate group of Frito-Lay employees in the Upper Midwest.

DeVon Franklin, a producer of faith-based dramas like “Miracles From Heaven” and “Breakthrough,” has been developing the project at Searchlight for several years. Colick, who has penned inspirational stories such as “Charlie St. Cloud” and “Ladder 49,” has been involved from the initial pitch stage.

Reached on Tuesday, Colick called the Times story “a hit job on a really fine upstanding individual who’s an inspiration to the Latino community for justifiable reasons.”

“Did Richard embellish a little bit? Was his memory faulty here or there? Who knows,” Colick said. “The truth is the product.”

Frito-Lay gave the Times a statement calling Montañez’s story an “urban legend,” and saying that its own investigation had concluded that he had nothing to do with the original Flamin’ Hot Cheetos test market in 1990. Montañez defended his version of events in an interview with Variety on Sunday.

Colick noted that Frito-Lay had cooperated in the production, giving him and Franklin a tour of the Rancho Cucamonga, Calif., facility where Montañez worked.

“They laid out the red carpet for us,” he said. “There was no talk of, ‘You guys are writing a movie about a guy who had nothing to do with Flamin’ Hot Cheetos.’”

The Times reported that Frito-Lay alerted the producers to problems with Montañez’s story in 2019, but Colick said he never heard about that. Colick had several meetings with Montañez to develop the story.

“The more you talk to Richard, the more you realize this is an extraordinary guy who went through a lot,” Colick said. “He’s not just a janitor who had a brainstorm.”

Colick said that his projects have often adapted true stories, and the nature of the medium requires bending some details to suit the narrative.

“We’re not in the documentary business,” he said. “I’ve written a lot of true stories, like ‘October Sky.’ Not every single thing in the story is exactly true. I always stand behind the essence of the story.”

Colick argued that the essence of Montañez’s story is true, though he did not vet it and does not know who did. He noted that Frito-Lay executive Al Carey had vouched for Montañez, and that Carey had said that without him the product would not exist. Carey continues to back Montañez’s account.

Colick said he did not know if the story would have to be modified before filming, and that such decisions are up to Searchlight and Longoria. Longoria’s reps have declined to comment. Franklin’s did not respond to a request for comment.

One of the key scenes in Montañez’s story is a pitch meeting, in which he says he proposed Flamin’ Hot Cheetos to a room full of more than 100 people, including the CEO. The Times quoted former employees who said the meeting never happened.

“Who was at the meeting? I don’t know. I don’t care,” Colick said. “Were there 50 people there? A hundred people? I don’t care. Did he do a presentation? I’m sure he did.”

“It’s just a great story,” Colick added. “For it to be sullied this way, it’s just a shame.”

News of the World

The Most Exciting New Makeup Products Launching in May