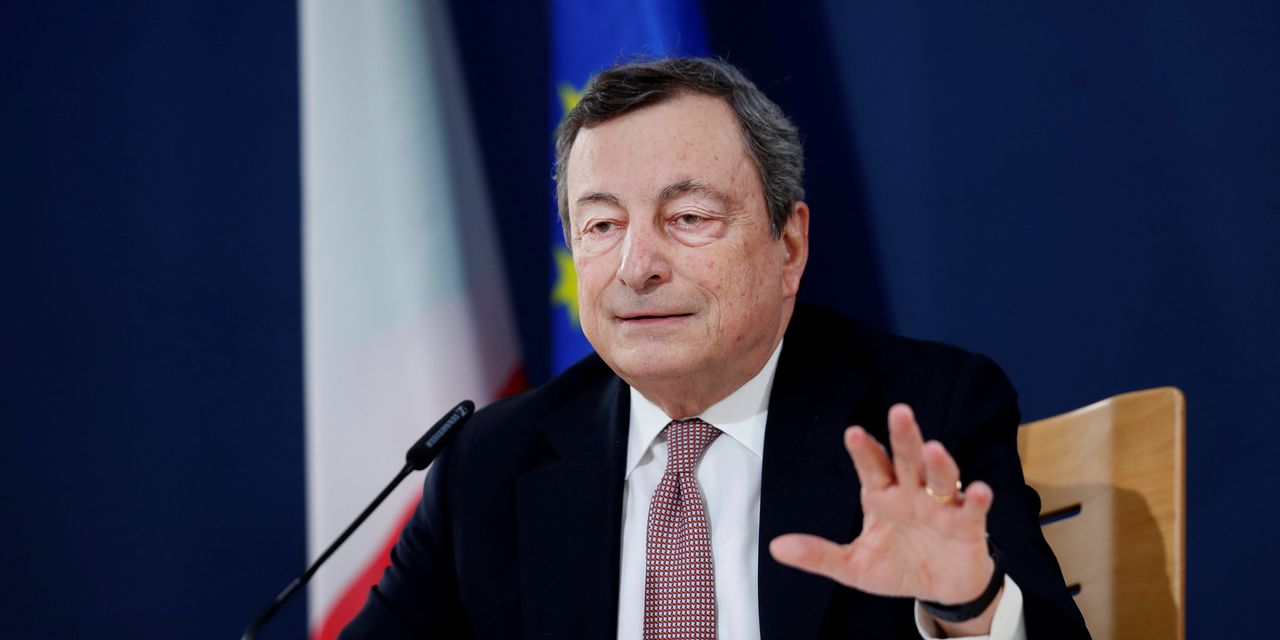 When Mario Draghi ran the European Central Bank, he pushed, unsuccessfully, to get the region’s feeble banks to merge and clean themselves up.

Now as Italy’s prime minister, he is trying again, hoping to spur a consolidation wave among the country’s beleaguered lenders. Italy’s banking sector, stuffed with soured loans and weighed down by high costs, has long loomed as the weakest link among countries that share the euro currency.

Last week Mr. Draghi’s government simplified procedures for banks to benefit from tax breaks when they merge, effectively giving them more time to access these benefits.

The move is raising expectations among Italian bank executives for mergers to come. Also helping: an economy bouncing back from the pandemic and M&A banking veteran Andrea Orcel taking the helm last month at UniCredit UNCFF -2.98% SpA, the country’s second-largest bank.

“There is a very favorable context so I think that in the next 12 months we could see more transactions,” said Alberto Nagel, chief executive of investment bank Mediobanca SpA.

Consolidation is seen as a way for banks to reduce costs and slash their way to more profits. Compared with the U.S., Europe’s banking scene is highly fragmented, with each nation hosting its own vast collection of regional banks. And unlike the strong growth in the U.S., Italy’s economy has barely grown for years, creating a difficult backdrop for banks to operate.

Italy’s banks became a flashpoint during the European sovereign debt crisis earlier last decade. Several required state bailouts. After the crisis, Italian banks ignored calls by Mr. Draghi and other regulators to merge. Rome played a role by keeping troubled banks alive instead of pushing for sales or liquidations, which could harm depositors or savers who invested in bank bonds.

Share prices of Italian banks have been among the worst performers globally for years, but have bounced back this year as the economy has recovered. Investors sense a change in tone when it comes to the possibility of mergers.

“A once in a lifetime window of opportunity opened up to solve the problems Italian banks have had for years,” said Antonio Amendola, a portfolio manager at asset manager AcomeA SGR.

UniCredit is likely to emerge as an acquirer. Last year it lost its spot as the largest bank in the country by assets after rival Intesa Sanpaolo ISNPY 1.37% SpA took over UBI Banca SpA. Mr. Orcel, who recently became CEO, was previously head of investment banking at UBS Group AG and made a career forging European bank deals.

A target for UniCredit is Banca Monte dei Paschi di Siena BMPS -0.21% SpA, a perennial trouble spot for the European banking system, according to people familiar with the matter.

The Tuscan bank was nationalized in 2017 after years of coming close to failure, weighed down by bad loans and a legal scandal. Rome agreed with European authorities to reprivatize the bank by April of 2022.

UniCredit is also interested in exploring a tie-up with Banco BPM BAMI 1.65% SpA, Italy’s third-largest bank by assets, according to people familiar with the matter. BPM serves primarily the wealthy Italian region of Lombardy,

Mr. Orcel could opt to snap up both banks or just BPM, according to bankers.

At an event last month, BPM’s Chief Executive Giuseppe Castagna signaled it wants to participate in deals, but as an acquirer. “We need three large national banks that can compete at national and European level,” he said.

Italy is also trying to sell Banca Carige SpA, another troubled lender that in 2019 was rescued by the country’s deposit protection fund. The fund, which is fed with contributions from banks, is currently shortlisting potential candidates.

It is unlikely that foreign buyers will play a role in Italian deals. Cross-border mergers to create real European heavyweights are harder to carry out due to resistance from national authorities and because there is no eurozone-wide deposit insurance plan. Cross-border mergers also provide less cost savings for the banks.

—Ben Dummett contributed to this article.