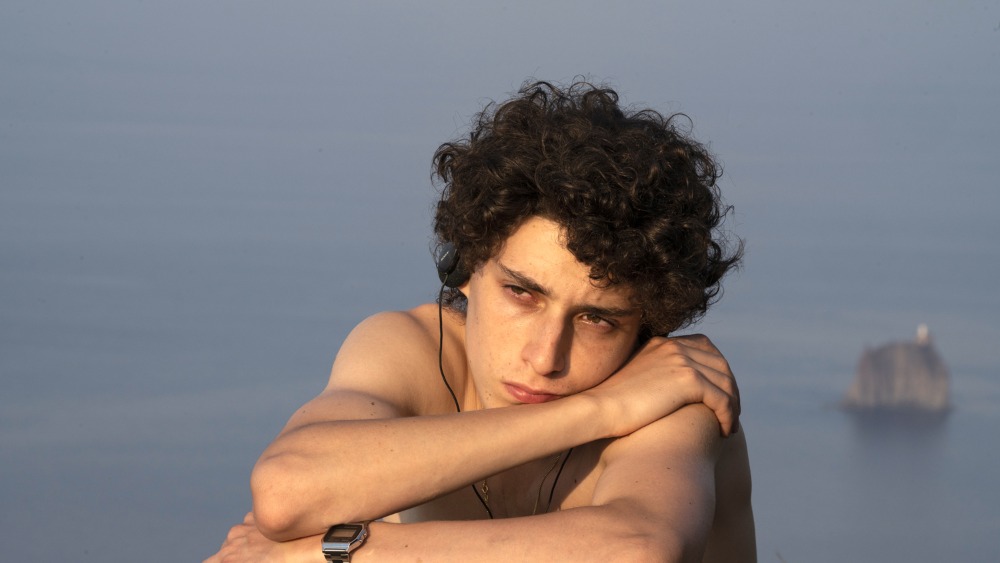 The Italian theatrical release of Paolo Sorrentino’s “The Hand of God” is sparking protests from some of the country’s exhibitors who claim the hand of Netflix is cutting them out of the hot title’s big screen bonanza.

“Hand of God,” a Netflix original film produced by Fremantle’s The Apartment, went out on 250 screens in Italy on Wednesday via local distributor Lucky Red, marking the pic’s first theatrical outing, roughly three weeks before its Dec. 15 streaming debut.

The release of Sorrentino’s hotly anticipated film marks the widest theatrical outing in Italy for a Netflix film to date, and also the longest window between a Netflix title’s theatrical and streaming launches.

Yet the streamer, and by extension Lucky Red, have come under fire from some Italian arthouse theater owners who claim they had agreements in place with the distributor to show “Hand of God,” and that they were left empty-handed after the number of the film’s prints for cinemas was suddenly reduced from an initial 400 copies to 250.

Among those voicing complaints is Sala degli Artisti, an arthouse venue in the provincial town of Fermo in Italy’s central Marche region. They have put out a scathing statement claiming they had a deal in place with Lucky Red to show the Sorrentino film, but a week prior to its planned release, Lucky Red informed them that “Netflix has decided to limit the number of copies to be released in cinemas,” and therefore the pic’s programming in their theater had been canceled.

Lucky Red chief Andrea Occhipinti refutes those claims. “We didn’t sign any kind of agreement that we didn’t adhere to,” he says, adding that “the release strategy we had always planned was for 250 copies,” which, he adds, “is not a small release.”

A representative for Netflix in Italy declined to comment on whether they had reduced the number of “Hand of God” copies from 400 to 250. But the rep pointed out that “it’s the widest release ever done of a Netflix movie in Italy” and that it spans the entire country.

The relative size of the current “Hand of God” Italian release is a debatable matter. While 250 screens can be considered wide for a Netflix film, it’s not a sizeable number for a Sorrentino film in Italy.

Sorrentino’s last Italian theatrical release was Silvio Berlusconi-themed “Loro,” which when it come out in 2018 was split into two parts released back to back as “Loro 1” and “Loro 2.” At the time, when the two Universal-released “Loro” instalments were in cinemas contemporaneously, they played on roughly 900 Italian screens.

Occhipinti noted that animosity over unfulfilled demand for “Hand of God” is understandable since Italian exhibitors are hurting for good product after being shuttered due to the pandemic.

He also pointed out that the attitude towards Netflix on the part of Italian exhibitors has drastically changed. The landscape has gone from a place where Netflix was “being demonized” around the release of films such as Alfonso Cuaron’s “Roma” — which went out locally in theaters with a mere 50 copies — to exhibitors now complaining that there aren’t enough copies of a Netflix movie.

Still, despite the high demand for “Hand of God,” there have been some exhibitors who chose not to take the movie as a form of anti-Netflix boycott.

“Now they’ve decided to release a film in 250 screens, which is unprecedented, with a three-week window — the longest window we’ve had [on a Netflix film], which they’ve allowed because it’s Italy and it’s Sorrentino,” Occhipinti noted. “We should be happy about this.”

Cheryl Burke Explains How Sobriety Has Brought Up ‘Insecurities’ on ‘DWTS’

In the next month, Lucky Red will try to accommodate requests from Italian exhibitors who’ve missed out on “Hand of God” by providing them with copies when other exhibitors end the film’s run. Some exhibitors are also expected to stop programming the pic in their theaters on Dec. 15, when it drops on the streamer, as a more mitigated form of protest against Netflix. But Occhipinti predicts that Sorrentino’s film will have a long run in Italian theaters, which could continue playing the film across Christmas.

While national box office compiler Cinetel closely monitors and provides figures for Italian film releases, it does not do so for Netflix films, in line with the streamer’s policy of not disclosing viewership data.

Netflix’s limited release strategy in Italy with “Hand of God,” which clearly could have gone wider, doesn’t sit well with Domenico Dinoia, the head of Italy’s arthouse distributors org Fice.

“Either you limit yourself to the platform, or you should do a theatrical release as well as you can,” Dinoia said. “It’s obvious that Netflix has no interest in using theatrical as the main viewing activity experience for its product; we all know this.”

Dinoia noted that “at a time when there is a great need to bring people back into movie theaters, a part of the audience for this film won’t get a chance to see it [on the big screen].”

He also added that the Italian movie theaters that are being denied opportunities to program the Sorrentino pic are the ones in the provinces “in the deep heart of Italy.”

Italy has in recent years become an interesting testing ground for the theatrical releases of Netflix titles, largely because the Venice Film Festival has been a frequent launching pad for the platform’s original films, including “Roma,” Noah Baumbach’s “Marriage Story,” and more recently, besides “Hand of God,” Jane Campion’s “The Power of the Dog,” which went out in Italian theaters Nov. 17 on roughly 100 copies.

There has been turbulence from the outset. In 2018, Occhipinti stepped down as chief of the country’s film distributors in the wake of controversy prompted by the simultaneous theatrical and Netflix release of Italian police-brutality drama “On My Skin” following its Venice Film Festival premiere. The bone of contention at the time was the absence of a theatrical window, an issue around which Italy is more flexible than France, Occhipinti points out.

“The French windowing system is very rigid and it’s the audience that is losing out,” he said.

Fiestaware Is Cool Again, but the Brand Can’t Make Enough for the Holidays