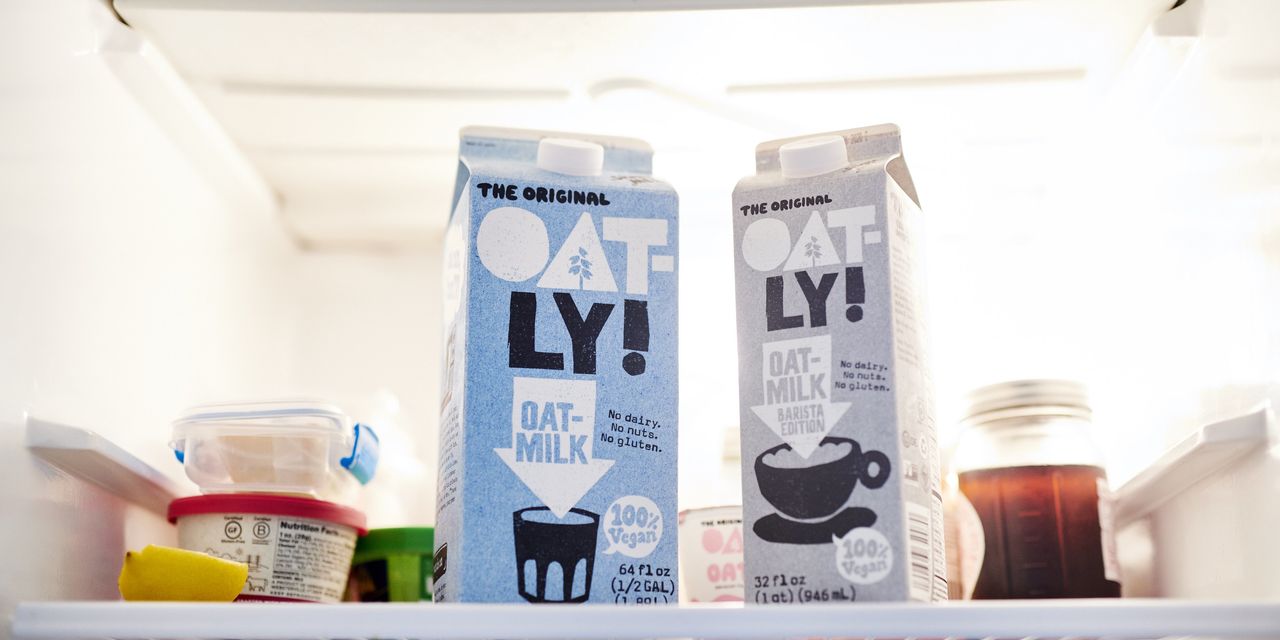 Swedish oat-milk maker Oatly Group AB’s initial public offering priced at $17 a share, at the high end of expectations, a positive sign for the company amid volatile stock-market trading.

Oatly’s IPO raised $1.43 billion, and the $17 price tag—first reported by The Wall Street Journal—gave the celebrity-backed company a valuation of roughly $10 billion. Oatly had set its sights on raising between $1.27 billion and $1.43 billion by selling roughly 84.4 million American Depositary Shares at a price of $15 to $17 apiece, according to a regulatory filing. The proceeds will go to the company and selling shareholders.

Oatly’s stock will begin trading on the Nasdaq Stock Market on Thursday under the symbol OTLY.

Pricing at the high end of the range is an encouraging sign for Oatly, especially because going public has proved tough for several companies recently. The stock market has taken a turn lower on fears of inflation, and investors have increasingly shied away from the types of growth companies that typically go public. The Nasdaq Composite Index, chock-full of growth companies, has fallen 4.8% so far in May.

Last week, at least three companies postponed their IPOs because of volatility in the stock market. On Wednesday, website-development company Squarespace Inc.’s shares made their debut on the New York Stock Exchange at a level far below their last financing round, then proceeded to fall further through the afternoon.

The S&P 500 ended Wednesday down 0.3%, recovering some of its losses from earlier in the trading session.

Oatly and its lead underwriters, which include Morgan Stanley, JPMorgan Chase & Co. and Credit Suisse, hoped because the company is a consumer name rather than a technology company, it could sidestep some of the weakness in the broader market, according to people familiar with the matter.

Oatly boasts famous investors including Oprah Winfrey and Natalie Portman, as well as private-equity giant Blackstone Group Inc. and lead investor Verlinvest. In July, Oatly announced a deal to sell a 10% stake to the group of celebrities and Blackstone for $200 million, valuing the company at $2 billion.

Major news in the world of deals and deal-makers.

A Guide to Understanding Your Libido

Oat milk’s popularity has soared recently. Its rise has been part of a shift among consumers toward more plant-based foods, similar to those produced by plant-based meat company Beyond Meat Inc.

Still, Oatly’s losses have widened, according to regulatory filings. Its net loss in 2020 was $60.4 million, compared with $35.6 million the previous year. Revenue is growing significantly. In 2020, it more than doubled to $421.4 million from $204 million a year earlier.

One theme in the company’s pitch is its environmental and social angle—how consuming oat milk as compared to cow’s milk results in less greenhouse-gas emissions, less land usage and less energy consumption.

In part because of this focus, the company was hoping it would attract interest from funds focused on environmental, social and governance, or ESG, issues, particularly those in Europe, where Oatly is based, according to people familiar with the matter.

“We established Oatly as an organization dedicated to improving the lives of individuals and the well-being of the planet through the push for a more sustainable food system,” the company wrote in its IPO filing. “To address the global challenges we are all facing, delicious, healthy and sustainable plant-based food and drink must become a matter of course for everyone.”

Conflict Strengthens Netanyahu, but the Price is High

Hotel worker who used customer's card to pay for holiday to Menorca is spared...