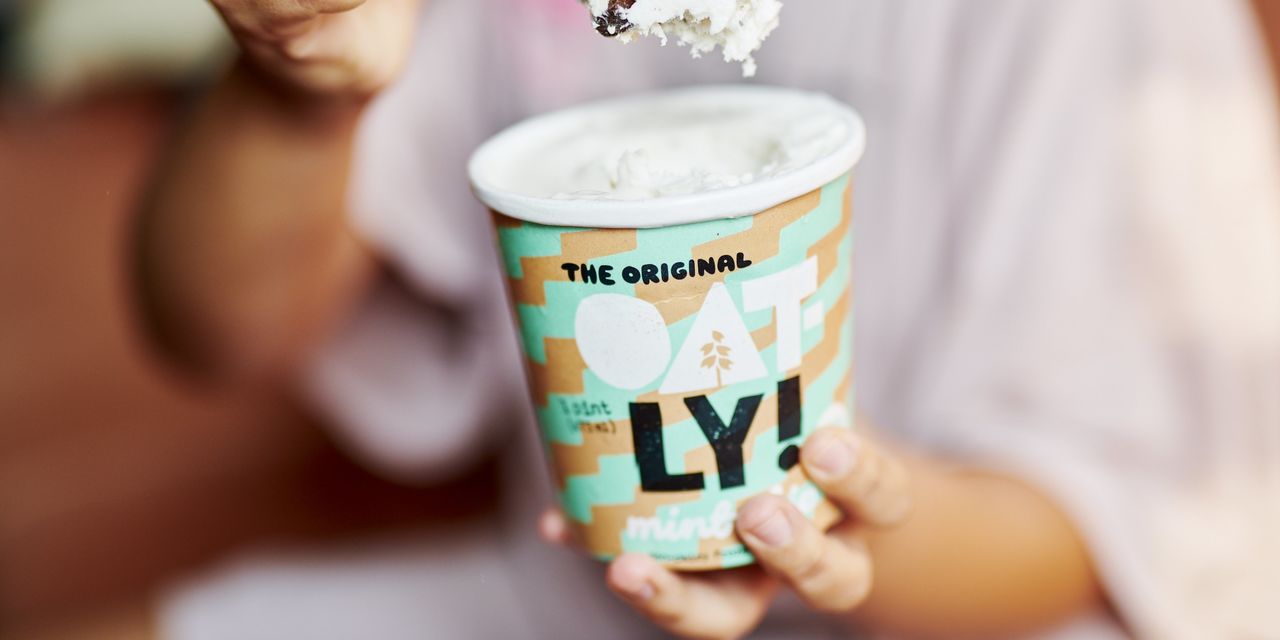 The shares, trading under the symbol OTLY, closed Thursday at $20.20, well above Oatly’s initial-public-offering price of $17, giving the company a valuation of roughly $12 billion. That is a huge step up from just 10 months ago, when Oatly struck a deal to sell a 10% stake to a group of celebrities and Blackstone Group Inc. for $200 million, valuing the company at $2 billion.

The big jump by Oatly shares, as well as a 31% gain in Procore Technologies Inc.’s PCOR 31.34% stock on its first trading day Thursday, bode well for the IPO market. In recent weeks, the market has shown signs of cooling amid a drop in the broader stock market. All three major stock indexes rose Thursday.

Many companies that were planning on launching IPOs in June were watching this week’s debuts before deciding whether to go forward with their own offerings, according to several IPO bankers.

Last week, at least three companies postponed their IPOs because of stock-market volatility. This week, website-development company Squarespace Inc.’s SQSP 14.25% shares made their debut at a level far below their last financing round.

“The things we are going to focus on are the things we can control,” Chief Executive Toni Petersson told The Wall Street Journal, referring to expanding production and growth, rather than one-day stock moves.

A day before its market debut, Oatly’s IPO raised $1.43 billion. The proceeds will go to the company and selling shareholders

Oatly, based in Malmö, Sweden, entered the U.S. market in 2017 with its alternative dairy products, which have become more popular among consumers seeking healthier options that cause less impact on the environment.

The IPO also resulted in a payday for Oatly’s controlling shareholder, a joint venture between China Resources Holdings Co., a state-owned Chinese conglomerate, and Verlinvest, a Belgian investment firm.

China Resources, with sprawling businesses in the energy, real estate, food-and-beverage and retail sectors, became one of Oatly’s largest shareholders in 2016 through the joint venture. Distribution of the plant-based milk has been expanding in China, and the milk is served in the country’s Starbucks and Pacific Coffee outlets—the latter of which is also owned by China Resources.

U.S. Says It Will Not Rejoin Open Skies Treaty With Russia

Oatly’s New York listing comes after Washington had sought to crack down on Chinese companies listed on U.S. stock exchanges, and some investors say the Biden administration has done little to alleviate those concerns. In an earlier filing, Oatly said it would pursue an additional listing in Hong Kong if U.S. authorities restricted the ability of directors appointed by China Resources to receive information, or forced the state-owned conglomerate to divest itself of its ownership.

The company said it could also seek a secondary Hong Kong listing in two years’ time, if China Resources is still a substantial shareholder and more than 25% of Oatly’s revenue comes from sales in the Asia-Pacific region for two consecutive quarters. In the first three months of 2021, Oatly said sales from Asia accounted for 18% of its total revenue.

The company, which was founded in 1994, launched its first oat-milk product under the brand Oatly in 2001. Oatly says the process of making oat milk, which involves steeping oats in water, consumes less water than making almond milk. In addition to oat milk, the company makes products such as ice cream, yogurt and spreads.

Oat milk’s popularity tracks the growing appetite consumers have for plant-based alternatives, putting pressure on dairy-milk companies such as Dean Foods Co. , which filed for bankruptcy in 2019. The alternative milk’s rise has been part of a shift among consumers toward more plant-based foods, similar to those produced by plant-based meat company Beyond Meat Inc.

One theme in Oatly’s pitch is its environmental and social angle—how consuming oat milk as compared to cow’s milk results in reduced greenhouse-gas emissions, less land usage and less energy consumption. As such, the company is hoping to attract interest from funds focused on environmental, social and governance, or ESG, issues, particularly those in Europe, where Oatly is based, people familiar with the matter told The Wall Street Journal.

Best headphones for gaming in 2021

The Best-Dressed Stars at the Billboard Music Awards