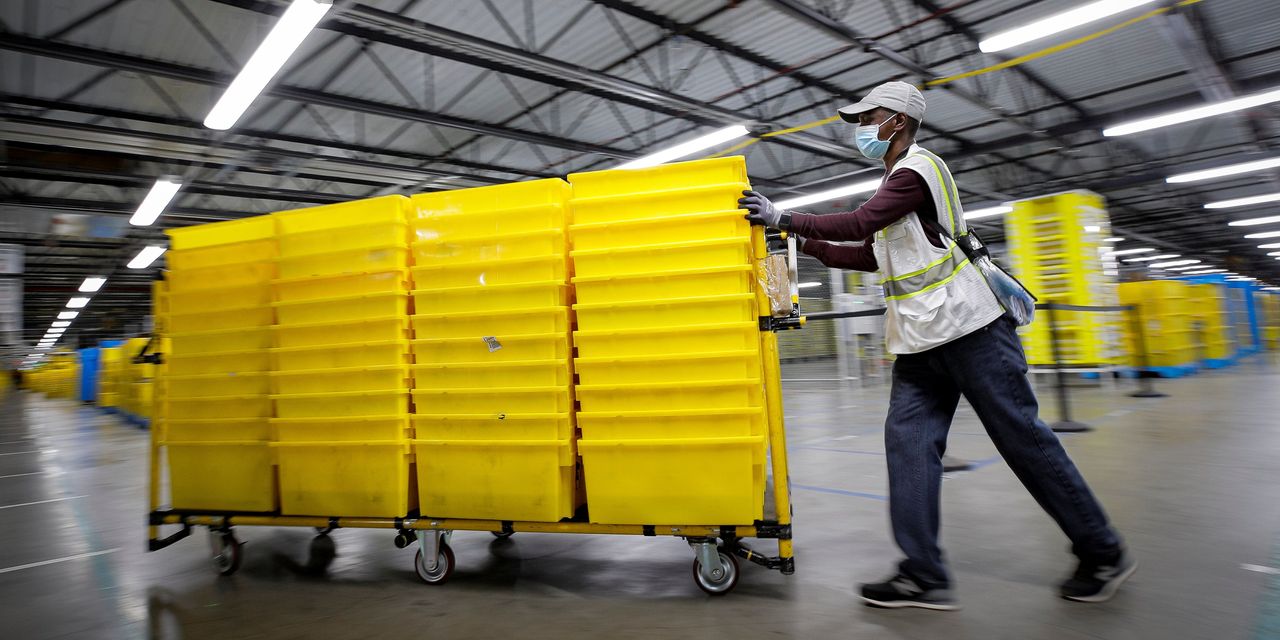 Online retailing has spent the pandemic bellying up to the bar, but now it might be on the brink of a hangover.

The Commerce Department on Tuesday reported that e-commerce sales—from internet retailers such as Amazon.com and traditional retailers such as Walmart —were up 39% from a year earlier in the first quarter. That was the swiftest growth since the second quarter of last year, when sales were up 44%. Before the Covid-19 crisis, e-commerce sales were growing at about a 15% rate.

That is especially remarkable considering that, as the quarter was coming to its finish, vaccines were becoming more widely available and the pandemic’s grip was clearly loosening. Moreover, one might have thought that people’s need for some of the things they were buying online would by that point have been sated. How many jigsaw puzzles does a family need, anyway?

To a degree, those slower growth rates reflect the fact that the comparison periods include April 2020, when the Covid-19 crisis first set off the surge in online shopping. To compensate for this, both Walmart and Home Depot highlighted how much both their e-commerce sales and their overall sales grew over the past two years.

The past lives of Europe’s most intriguing art spaces

US must share intelligence on Covid origins, WHO-affiliated expert says

The art of Bob Dylan: 60 years of relentless reinvention