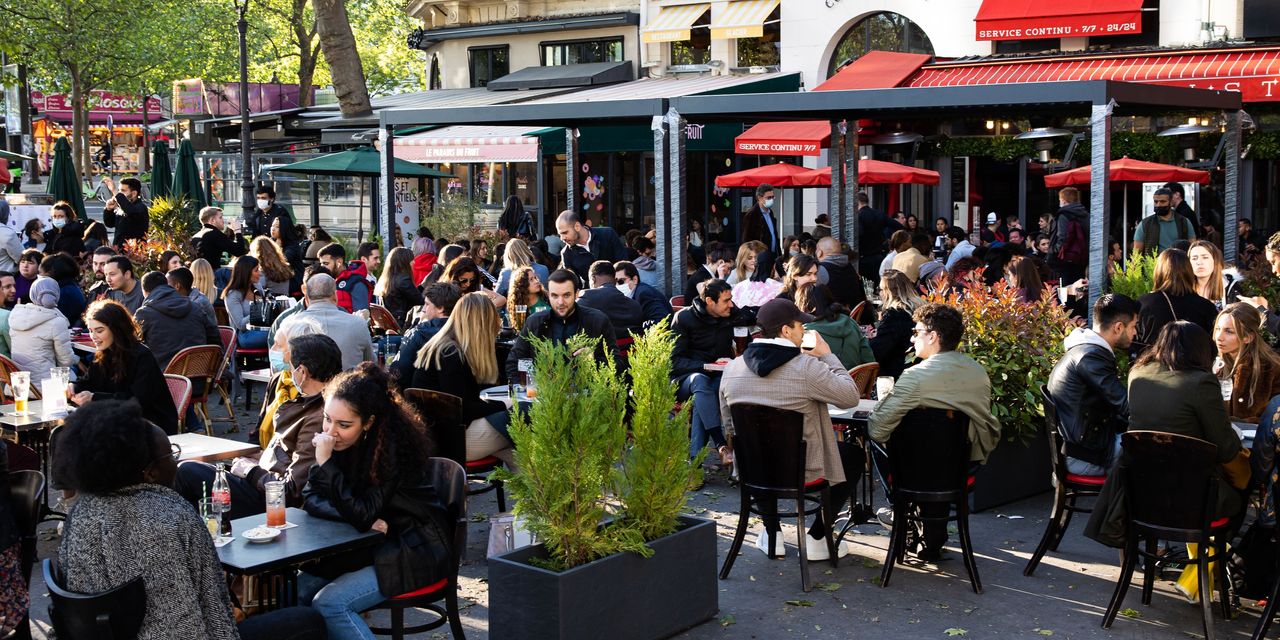 U.S. services businesses in early May saw their sharpest increase in activity in more than a decade, according to surveys of purchasing managers released Friday.

Services-sector activity in the U.S. and Europe—which includes restaurant dining, travel and entertainment—appeared poised to continue expanding at a robust pace, with business surveys pointing to increased optimism and stronger client demand as government restrictions ease and consumers gain confidence in response to an acceleration in vaccinations.

“With businesses optimistic about the outlook, backlogs of orders rising sharply and demand continuing to pick up both at home and in export markets, the scene is set for strong economic growth to persist through the summer,” said Chris Williamson, chief business economist at data firm IHS Markit.

Preliminary results of surveys of purchasing managers published Friday by Markit showed that its index of activity at U.S. services business rose to 70.1 in May, from 64.7 in April. A reading above 50 represents an expansion in activity.

Markit said that pace of growth in U.S. service-sector activity was the sharpest on records extending back to October 2009, and was propelled by a rise in new orders.

While service-sector activity has expanded more rapidly in the U.S. than in Europe, the European economy broadly looks set to grow in the three months through June, with business surveys pointing to a stronger-than-expected rebound in services activity this month.

However, Japan’s services sector suffered a deeper contraction in May as the government there extended restrictions on the hospitality sector in areas including Tokyo and Osaka through the end of the month.

Due to an increase in vaccine supplies, Europe has now delivered at least one dose to almost one-third of adults, double the share of one month ago. In response, governments have begun to ease restrictions on many services and consumers have become less wary of activities that involve close physical proximity.

The U.S. is experiencing a similar easing of government restrictions on business and activity, with 60.5% of adults having received at least one vaccination, according to the Centers for Disease Control and Prevention.

IHS Markit’s surveys of purchasing managers suggest that Europe’s recovery may be more rapid. Activity in France’s services sector rose to 56.6 in May from 50.3 in April, a much larger increase than the rise to 52.5 that was forecast by many economists.

Manufacturing activity continued to increase at a strong pace in both the U.S. and Europe. Combined with a rapidly reviving services sector, that pointed to the strongest month for the French economy since July, when tight restrictions were previously eased. In the U.S., manufacturers saw expansions in production and new orders in early May, pushing IHS Markit’s index of activity to a record high.

Across the eurozone, activity in the services sector grew at the fastest pace in more than three years, having barely returned to growth in April after seven months of contraction.

The surveys were released as the eurozone’s treasury chiefs met in Portugal, their first physical encounter since September 2020. But they sounded a note of caution, warning that support for the recovery will be needed if long-term damage to the currency area’s growth prospects is to be kept to a minimum.

“We can see a recovery taking hold, but we also know that the challenges remain great, that the risk of damage from this pandemic continues to be real,” said Paschal Donohoe, Ireland’s treasury chief and head of the group of eurozone ministers that coordinates economic policy.

The outlook for coming months appears promising, provided the pandemic can be held in check despite the spread of new variants of the virus. Businesses reported the fastest rise in new orders since June 2006. However, the speed of the rebound in demand appears to have taken some businesses by surprise and strained their supply chains.

European manufacturers said they are having to wait longer than at any time in the survey’s history to take delivery of inputs, and U.S. manufacturers also reported being constrained by a shortage of raw materials.

“Growth would have been even stronger had it not been for record supply-chain delays and difficulties restarting businesses quickly enough to meet demand, especially in terms of rehiring,” said Mr. Williamson of IHS Markit.

Those capacity strains appear to be boosting prices. Both U.S. and European manufacturers said the prices they paid for supplies rose at a sharp pace, as did the prices they charge their customers. Services prices also rose.

Speaking after her participation in the meeting of eurozone treasury chiefs, European Central Bank President Christine Lagarde said any pickup in inflation would likely be short-lived.

“The inflation numbers in ‘21, which we will see rising, are of a temporary nature and rely on temporary factors,” she said. “Supportive policies will continue to be needed.”

U.S. Federal Reserve officials have also said they believe higher inflation this year will be temporary, although they have also begun to signal an eventual shift away from policies put in place to support the economic recovery from the pandemic.