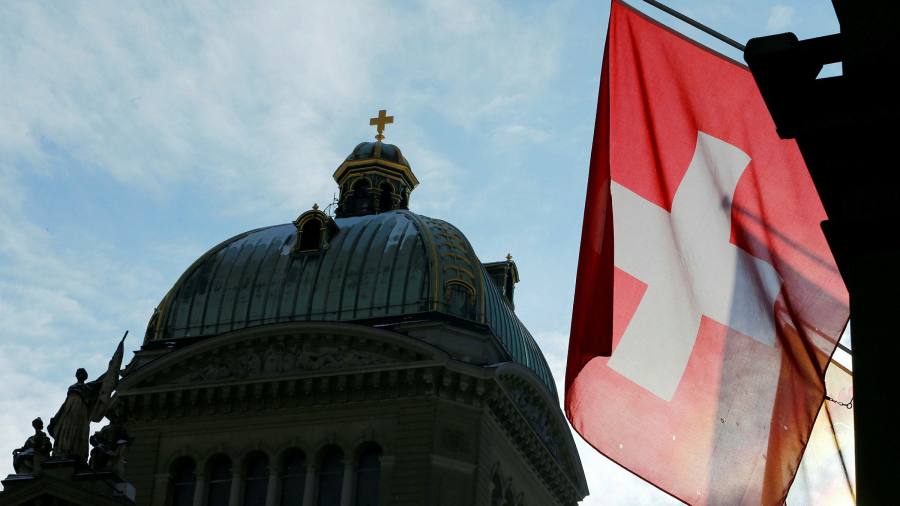 The Swiss government has pulled the plug on a multiyear process to strike an overarching partnership agreement with the EU, in a move that could have far-reaching consequences for the economic relations of the two sides.

The Swiss federal council said it was breaking off talks with Brussels which aimed to agree an institutional framework with the EU, citing “substantial differences” between the two sides. However, it added that it wished to keep in place their existing web of deals.

The move led to a rapid rebuke from the European Commission, which warned of an inevitable deterioration in co-operation.

“Without this agreement, this modernisation of our relationship will not be possible and our bilateral agreements will inevitably age,” the commission said in a statement. For the EU, the deal was “essential for the conclusion of possible future agreements regarding Swiss further participation [in] the single market”.

The state of EU-Swiss relations has been a longstanding source of frustration in Brussels, which has invested hundreds of negotiating hours in years of talks dating back to May 2014.

The relationship, which allows Switzerland deep integration into the EU’s single market, is unlike the status of any other country and dates back to the early 1970s. It is based on some 120 sector-specific agreements, rather than an overarching arrangement such as membership of the European Economic Area.

The desire to overhaul the arrangements became more urgent after Brexit because of concerns within the EU that the UK could seize on the Swiss model as evidence that it should be able to cherry-pick the benefits of the single market while remaining outside formal EU structures.

The EU’s goals in the talks with Switzerland included establishing a stronger mechanism for settling disputes.

In a statement on Wednesday, Swiss ministers insisted that the country remained committed to the “bilateral path” in the two sides’ relationship, calling for a “structured political dialogue to reinforce our co-operation”. Switzerland is the EU’s fourth-biggest trading partner in goods and third-biggest in services, the Swiss government said in its statement.

But there was deep frustration in Brussels that Bern had decided to junk years of negotiations.

In recent weeks, including during a visit to Brussels by Guy Parmelin, president of the Swiss Confederation, it had become increasingly clear that Bern had little appetite to ratify the agreement. In an interview earlier this month, the EU ambassador to Switzerland, Petros Mavromichalis, warned that the moribund negotiations were “the chronicle of a death foretold”.

At a press conference on Wednesday, Parmelin said the two sides were “starting a new chapter” in their relationship “which we hope will be fruitful”.

Sign up here to receive Europe Express, your essential guide to what is happening in Europe, sent straight to your inbox every weekday

The Swiss side had asked for carve-outs from three areas in the agreement: freedom of movement, social benefits and wages for EU workers in Switzerland, and state aid rules. EU officials said the demands were unacceptable because they were core areas to any deal on single market access.

The persistent failure of the EU and Switzerland to seal a deal has already had consequences over recent years: Swiss share-trading venues lost rights to serve EU customers and, most recently, crucial regulatory permissions allowing medical devices made and checked in Switzerland to be sold in the EU came under threat.