Taylor Swift Offers Peek Into Her Past With ‘All Too Well: The Short Film’ 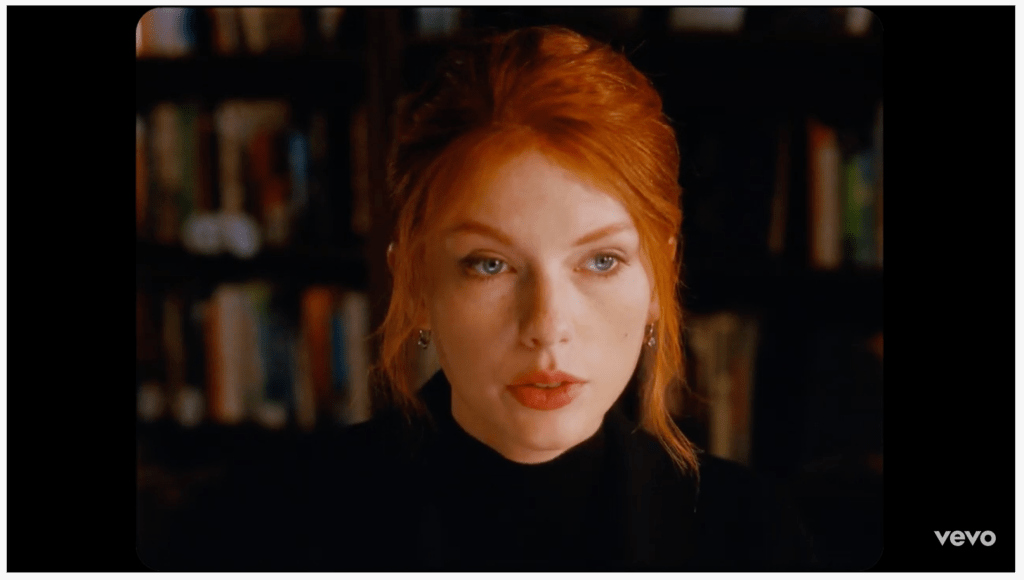 Taylor Swift has released the music video for her 10-minute version of the fan favorite “All Too Well,” and somewhere, a very famous actor has surely decided this would be a good weekend for a social media break.

The short film, which was written and directed by Swift, actually lasts for just a few seconds shy of 15 minutes, thanks to the addition of an argumentative dialogue sequences that interrupts the song midway through. It stars Sadie Sink (“Stranger Things”) and Dylan O’Brien as, presumably, a younger version of the singer and a former beau who inspired the track, first heard on 2012’s “Red” album and now included in its original, expanded form on “Red (Taylor’s Version).” The singer herself settles for a cameo at the end, in a sequence set 13 years where she’s written a book called “All Too Well,” and her ex peeks in a bookstore window as she’s doing a reading.

The short includes visual references to lyrical motifs that date back to the 2012 version, like a scarf the male protagonist holds onto after the breakup — O’Brien is wearing it during that climactic moment — and also fresh details from the expanded version, like Swift singing about being stood up at her 21st birthday party (an apparently real-life incident that was also the subject of another “Red” song, “The Moment I Knew”). Fans have long assumed the number is about her breakup with Jake Gyllenhaal, though she has never publicly named names.

The extended argument in the middle of the film — a sequence subtitled “the first crack in the glass” — comes after the O’Brien character lets go of Sink’s hand during a dinner party with his friends. The fight that comes in a kitchen afterward is emotional, with O’Brien yelling, “Literally a moment that I don’t even fucking remember, that you’re like fucking holding me hostage over. It’s insane.” “You didn’t even look at me once!” a distraught Sink says.

The short is preceded by an on-screen literary quote, from Pablo Neruda: “Love is so short, forgetting is so long.”

Earlier on Friday, Swift held a premiere of the video for select fans and a few journalists at the AMC Lincoln Square 13 (which has the same number of screens as her favorite number) in New York City. Variety’s Ramin Setoodeh, who attended the unveiling — at which attendees were handed packets tissues on the way in — described it in his account of the premiere as “like a music video on steroids meets a Noah Baumbach movie.”

Taylor Swift performs an acoustic rendition of #AllTooWell (10 Minute Version) at the premiere of her short film. https://t.co/amWcDJTHSy pic.twitter.com/y7sxmkDNHc

The screening ended with Swift giving a live version of the song in all its 10-minute glory, accompanying herself on a red guitar.

Family-friendly urban gardens: how to make the most of a small space

“Wind in my hair, I was there, I remember it all too well.”

Read Variety‘s report on the Friday video premiere here, and our track-by-track assessment of the previously unreleased material on “Red (Taylor’s Version)” here.

The song will be getting a lot of exposure this weekend. Swift told Jimmy Fallon Thursday night — in so many years — that she’ll be doing it on “Saturday Night Live.”

“I love to hint,” said Swift. “What if it was not two songs as much as it was one song that is the length of three songs?” “I know all too well what you mean,” replied Fallon.

🚨| @taylorswift will perform the 10 minute version of ‘All Too Well’ this weekend on Saturday Night Live
pic.twitter.com/u3ybLCnzhn

Everything We Know About ‘Selling Sunset’ Season 5