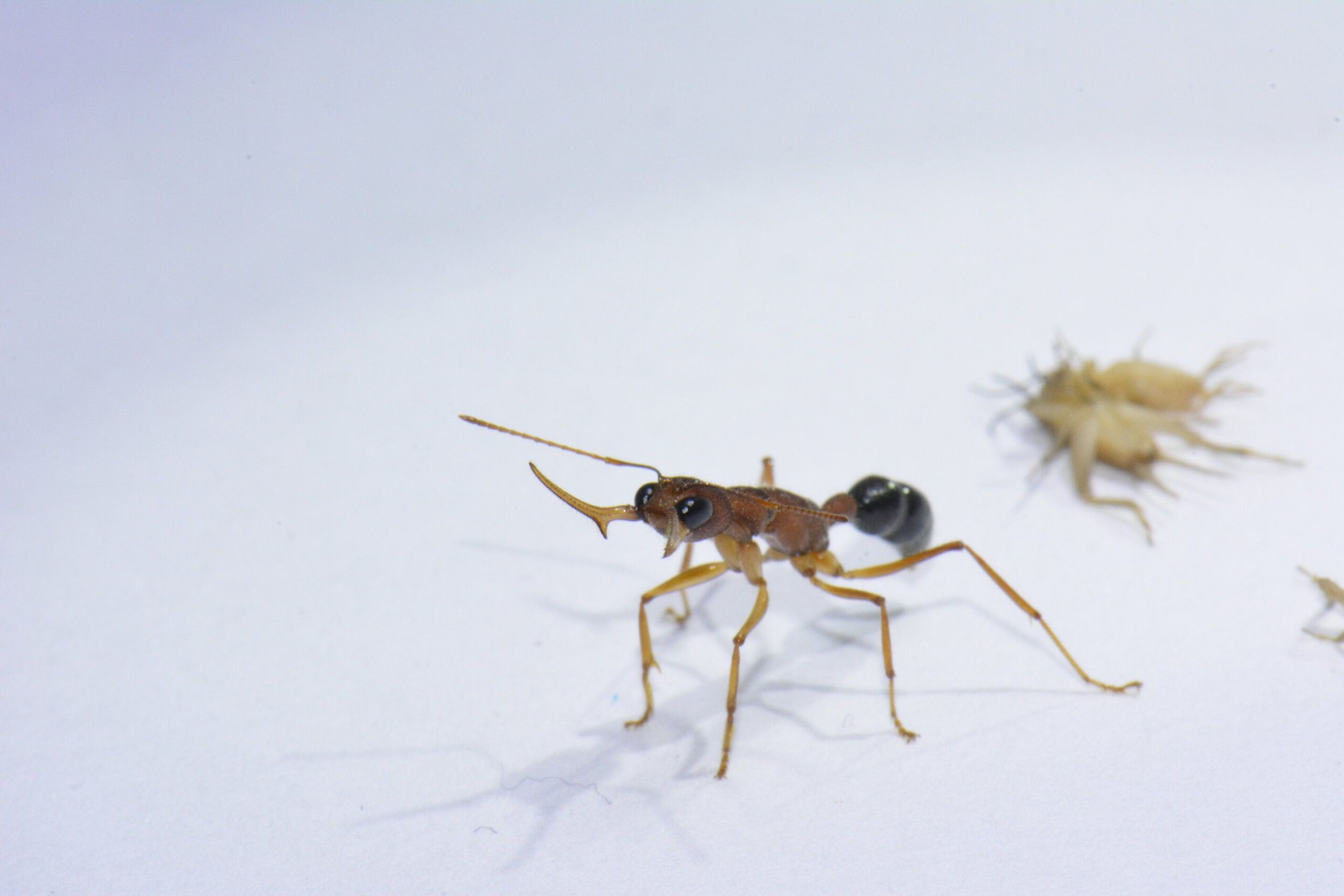 For most ant species, being born as a worker ant means you’ll spend your whole life on the clock. But for Harpegnathos saltator (also known as Jerdon’s jumping ants or Indian jumping ants), there’s always hope of ascension. If the colony’s queen dies, workers face their peers in a showdown for a shot at the crown. The contenders all turn into “gamergates” (the “gam” rhymes with “ham”)—ants with queen-like qualities.

Workers and queens have socially distinct roles in their colonies. The masses of workers find food and fight invaders, while the sole queen gives birth to more workers. When workers become gamergates, their bodies change to reflect their new potential role—their venom sacs shrink and their ovaries expand. Previous research also shows that the transformation from worker to gamergate involves changes in brain size, altered hormones, and a 5-fold lifespan increase. But the exact mechanism triggering these shifts has long remained a mystery. In a new paper in Cell, a team of biologists and geneticists report that they’ve cracked it. Switching the expression of just a single protein, Kr-h1 (Krüppel homolog 1), in the brains of ants is enough to initiate a cascade of changes and launch a worker toward queendom.

Kr-h1’s job is to respond to the commands of two hormones—a juvenile hormone found more in workers and an ecdysone hormone found in greater abundance in queens. Give a 10-day old ant more juvenile hormone, and Kr-h1 will shut down genes related to queenliness and promote worker genes. Give an ant ecdysone and Kr-h1 will do the opposite, promoting queen-like behaviors. The researchers also found that if they deleted Kr-h1 from ant neurons, worker ants started to behave more like gamergates, and gamergates more like workers.

[Related: In the battle for the crown, Indian jumping ants shrink and regrow their brains]

“This protein regulates different genes in workers and gamergates and prevents the ants from performing ‘socially inappropriate’ behaviors,” Shelley Berger, a biologist at the University of Pennsylvania said in a statement. “That is to say, Kr-h1 is required to maintain the boundaries between social castes and to ensure that workers continue to work while gamergates continue to act like queens.”

In these ants, Kr-h1 acts like a toggle between two states. But future work will need to determine just how these proteins and hormones influence specific behaviors, University of Fribourg neuroscientist Adria LeBoeuf, who studies social insects but did not participate in the work, told The Scientist. “Somehow these hormones end up in the brain, [but] we don’t know how they get there,” or why only certain genes respond to them, she said. Plus, understanding how these pathways affect ovaries and other key body parts during these transitions will be important to uncover, she added.

Still, the fact that the same protein silences different genes in the brains of different ant castes and essentially controls that segregation is surprising, Roberto Bonasio, a molecular epigeneticist at the University of Pennsylvania and a co-author of the paper, said in a statement. “We thought that these jobs would be assigned to two or more different factors, each of them only present in one or the other brain.”

The key message is that ants have all the wiring for multiple behavioral patterns that are only carried out depending on which genes are activated, Berger said in the same statement. “In other words, the parts of both Dr. Jekyll and Mr. Hyde are already written into the genome; everyone can play either role, depending on which gene switches are turned on or off.”

“A Whip and Then Loud Pop”: Alec Baldwin Was Practicing His Draw When Tragedy...