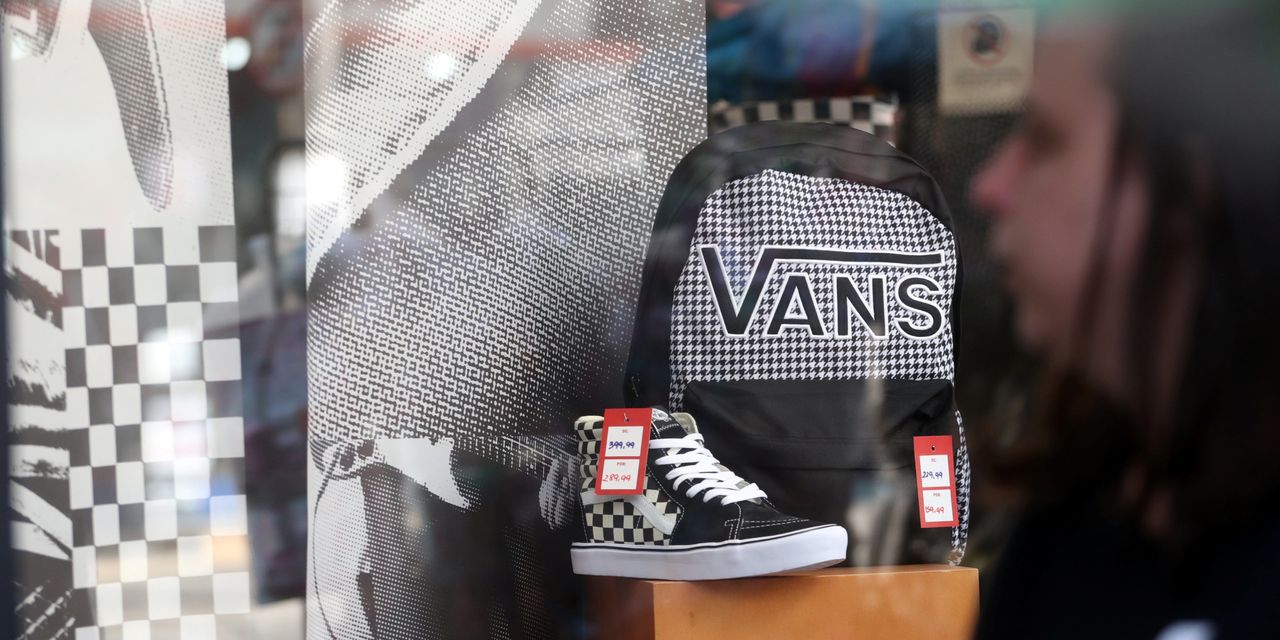 The slowing growth spurt at VF Corp.’s VFC -7.48% youth-focused Vans brand is drawing some concern. While less exciting, investors should be assured that the company has its adult matters down.

In the quarter ended April 3, sales across VF Corp.’s brands increased 19% from a year earlier after stripping out currency fluctuations, a slightly higher number than analysts polled by Visible Alpha had expected. For its full fiscal year, revenue from continuing operations declined 14% in constant dollars. That is worse than the 7% top-line decline that industry leader Nike saw, but much better than the 29% drop at Ralph Lauren in their comparable periods.

All three of its largest brands—Vans, The North Face and Timberland—saw better-than-expected sales largely thanks to strong demand in Asia. In particular, sales of The North Face in the Asia-Pacific region almost doubled on a constant currency basis last quarter.

Another bright spot was stronger-than-expected performance at Supreme, VF Corp.’s latest acquisition. In the first quarter in which VF Corp. integrated the brand’s results, it brought in $142 million of revenue, higher than the $125 million that analysts had expected. The company also said Supreme is expected to bring in $600 million in revenue this fiscal year, up almost 20% year over year.

Yet VF Corp.’s share prices slid 8% after its earnings call on Friday morning, and are now down about a fifth compared with pre-pandemic levels.

One source of investor anxiety has been slowing growth at Vans, the company’s largest brand. Vans revenue is expected to grow only 7%-9% in the current fiscal year, compared with the pre-pandemic fiscal year, a substantial slowdown from the roughly 25% year-over-year growth it had seen before the pandemic hit.

Heavy promotions were another issue. Gross margins have declined to 52.1% in the latest quarter from 53.1% a year earlier. The company chalked this up to efforts to clear excess inventory, but that still looks bad compared with some peers, which have seen improved profitability because of low stock levels across the board.

While slowing growth concerns are real, VF Corp. still has a few things in its back pocket. One is growth potential in Asia, where the company is doubling down with a new regional head hired last year. Another thing to remember is that VF Corp. largely grows through acquisitions, and it does them well. Investors that held on to VF Corp. shares for the past 10 years have seen total shareholder returns of almost 390%, more than seven times a basket of peers.

What Exactly Is a Barrier Cream?

While the company’s current focus is on reducing leverage, it should be in a position to pursue acquisitions pretty soon. Despite a difficult year, it still generated $1 billion of free cash flow in its last fiscal year and continued paying dividends when peers suspended them.

Vans’ youthful glow might be fading, but VF Corp. still has ways to grow.

Write to Jinjoo Lee at jinjoo.lee@wsj.com

Infrastructure Talks Are Going Off the Rails

The Most Exciting New Makeup Products Launching in May

’Kay, Here Are All the Spoilers From Katie Thurston’s Season of ‘The Bachelorette’