Which COVID-19 booster should I get? 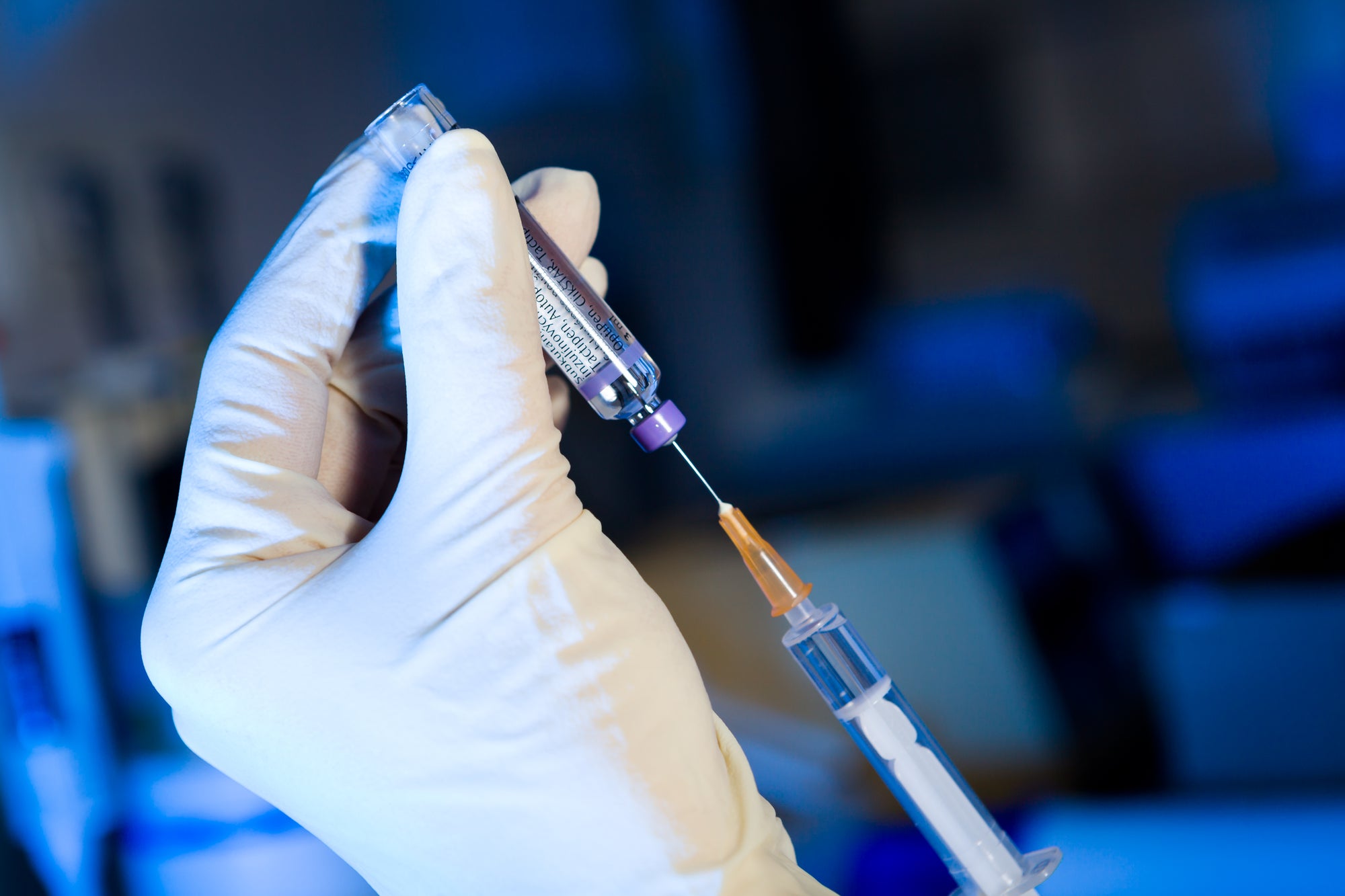 Since COVID-19 booster shots became available to the majority of American adults late last month, about 30 million people have gotten a third shot, out of the roughly 200 million who are fully vaccinated. That appears to be in part because the recommendations are confusing. Eligibility can depend on where you live, where you work, and how old you are. We expect the guidelines to change within the next couple weeks, as states expand eligibility. A CDC panel is set to review data on boosters for all adults on Friday. But here’s where things stand now.

The CDC has recommended boosters on the basis that after a few months, protection against symptomatic infection appears to wane. In the case of Johnson & Johnson’s shot, protection against hospitalization declines after about six months as well. Not every infectious disease expert agrees that young people need a booster, but that’s because some think that the mRNA vaccines are holding up well. Still, it’s become clear that boosters provide more protection at a population level. And although a lack of vaccines in poor countries, and particularly central Africa, is causing a huge amount of avoidable death, your individual choice to get a booster won’t change global supply issues.

You’ll be due for a booster a few months after completing your initial series. If you got an mRNA vaccine made by Pfizer or Moderna, you need to wait six months. If you got Johnson & Johnson’s shot, you need to wait two months. The CDC also recommends waiting 90 days after a COVID infection before getting a vaccine. (This applies even if you got a third dose because of an immune condition—you’ll still be eligible for a fourth shot after the waiting period.)

Eligibility varies for adults 18 and up across the country. We’ll start with the easy ones:

If you got an mRNA vaccine, and you don’t live in those places, your eligibility is determined by CDC guidelines. If you’re over 65, have a high-risk health condition, work or live in a high-exposure setting, you’re eligible.

So which one should I get?

For the moment, the CDC recommends using the same vaccine for all of your shots, but that’s not binding. In practice, you can get any vaccine that’s available. So how should you decide?

You’re going to be better protected against COVID no matter what booster you get. Still, preliminary evidence and some scientific first principles suggest that mixing vaccine technologies may give a stronger response. Vaccine and infectious disease experts told PopSci that there was clear advice for those who had received the Johnson & Johnson vaccine, but for the most part the message is: Don’t sweat the decision.

If you got Johnson & Johnson, there’s a simple answer

“The only thing that makes a difference in my mind, is if you got Johnson & Johnson first,” says Monica Gandhi, an infectious disease specialist at the University of California, San Francisco. “Then at that point, I think there is a clear second dose, which is to get an mRNA.”

Other infectious disease researchers said the same, with varying degrees of confidence. There are practical and theoretical reasons to think so. J&J is based on a different technology than mRNA vaccines, and appears to prime the immune system in a different way. For instance, J&J appears to do a better job revving up T-cells, a durable tool in the immune system’s arsenal that protects against severe illness. “The particular value of the [J&J technology] is T-cell priming, and it could be efficiently boosted by mRNAs,” says Martina Sester, an immunologist at Saarland University.

“I would assume that boosting by an mRNA would give a higher level of protection as compared to [a second] Johnson & Johnson boost,” she says.

That’s bearing out in the real world. A study from Sweden published earlier in October found that following a first dose of the AstraZeneca vaccine—which uses the same technology as J&J—with an mRNA dose gave significantly stronger protection against symptomatic COVID than two AstraZenecas. Crucially, that study measured real-world outcomes, while other booster studies have mostly looked at blood responses, like antibodies, that don’t always translate into real-world efficacy. (Sester has authored some of those other studies, and says that her unpublished research suggests “essentially the same results” after J&J.)

In Germany, where Sester works, you wouldn’t have to make the decision at all: The German government specifically recommends following J&J with an mRNA dose.

The advice cuts along safety lines, as well. J&J has been linked to the most serious of any COVID vaccine side effects, serious blood clots, although the risks of getting them are extremely rare. The CDC has recorded cases in about seven out of every million women between 18 and 50 who receive it. (COVID, which most people are likely to be exposed to at some point, carries a substantially higher rate of blood clotting.) But if you’re in that demographic, it likely makes sense to skip the question altogether and get an mRNA vaccine.

If you got an mRNA vaccine first, the answer is less clear

The mRNA vaccines, and particularly Moderna, have held up better against severe COVID than J&J over time, to the point that some FDA advisors wondered if people under 65 without high-risk health conditions even needed boosters.

And it appears that boosting either mRNA with either mRNA gives a strong response. Or, as Shane Crotty, an immunologist at the La Jolla Institute for Immunology, puts it: The available evidence suggests that the mRNA boosters were “equivalent.”

A study from the NIH that’s one of the few to work with multiple booster combinations found that close to 100 percent of people who started with an mRNA vaccine and boosted with any vaccine doubled the antibodies in their blood within 15 days. “[The] take home point is that all the vaccines work,” says Kirsten Lyke, the senior author on that paper and an immunologist at the University of Maryland.

But she also thinks that there’s something to be said for boosting with a different vaccine technology. “I’m surprised that mRNA followed by [J&J], which actually did quite well, isn’t getting more air time.”

On the safety side of things, switching from mRNA to J&J would make some sense for some people. Men under 25 have a very slight risk of mild heart inflammation following the mRNA vaccines, although even when it occurs, it goes away quickly. (COVID again carries a higher risk of a more severe form of the condition.) That might suggest that people in that demographic should boost with J&J. But Sester thinks that the extra immune response generated by the mRNA vaccines probably outweighs that slight risk. “I would not recommend that, unless I know different data,” she says.

But here’s the important thing to keep in mind: Booster vaccines are being recommended because we know that they prevent infections and serious illness for a population as a whole. It’s much harder to say what small differences in average antibody production mean for you as an individual.

Gandhi says that she’s heard of people wondering if they can get higher antibodies by using a larger Moderna dose, but the level of antibodies a person has doesn’t necessarily correlate with stronger protection. “It doesn’t matter if it’s 50 [micrograms] of Moderna or 30 of Pfizer or 100 of Moderna,” she says. “It doesn’t matter because you don’t need crazy antibodies.”

“In the end it’s just important that you get some sort of vaccine boost, irrespective of which one,” says Sester. “In other vaccines apart from COVID-19, you constantly switch between different brands and different vaccine principles, and it works, and you don’t even look at whether it induces antibodies.”

Which COVID-19 booster should I get?

‘Revolution of Our Times,’ ‘The Falls’ Triumph at Golden Horse Film Awards

‘Fena: Pirate Princess’ Voice Cast on Creating Their Characters and Challenges of the Show

Snow time: Not Vital’s ice-cool collaboration with Evian and Moncler